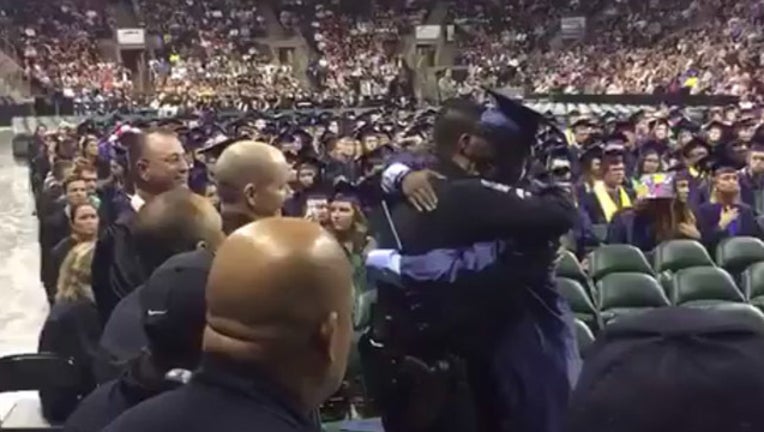 The son of a fallen Austin officer graduated from McNeil High School on Friday.

Though Mati Abdul-Khaliq's father wasn't able to be there, police showed up in uniform to congratulate him after walking across the stage.

One by one officers lined up to give Mati a hug. Interim Austin Police Chief Brian Manley tweeted out the video and said "Always family & never forgotten."

Officer Amir Abdul-Khaliq, Mati's dad, died in September 2016 after suffering from injuries caused in an accident during a funeral procession he was guiding.