The first private civilian crew made history on Friday, hitching a ride to the International Space Station on SpaceX's Axiom-1 mission.

CAPE CANAVERAL, Fla. - For the first time, an all-private astronaut crew is heading for the International Space Station, and they plan to do more than taking a few pictures on their out-of-this world trip.

The Axiom-1 mission blasted off from Kennedy Space Center late Friday morning, launching from the same pad used by NASA’s Apollo rockets and space shuttles. But the four men inside the SpaceX Dragon capsule were not wearing the familiar NASA logo on their spacesuits; they are part of the first privately funded mission to the space station.

Inspiration4 did not visit the space station. But this mission, funded by Axiom Space, will give the four crew members 10 days to conduct research and what Axiom calls "STEM outreach" at the orbiting outpost.

Axiom Space is paying SpaceX to launch Crew Dragon Endeavour with three businessmen who bought flights for an undisclosed amount of money, along with Axiom's vice president – former NASA astronaut Michael López-Alegría – who will command the mission. 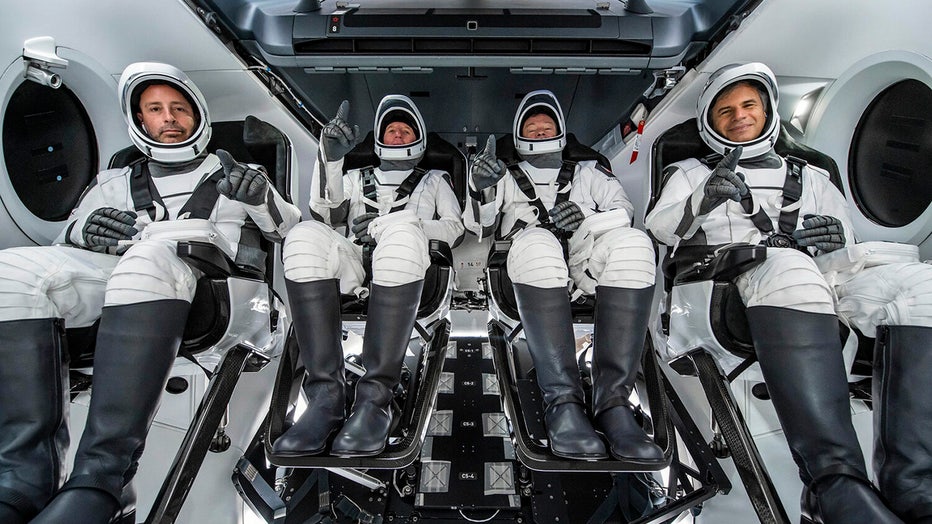 RELATED: Meet the men behind the all-private mission to the ISS

"This is all part of making humans a spacefaring civilization, taking life on this planet across the stars eventually," offered Benji Reed, SpaceX’s director of crew operations. "It gives me chills to think this is another step in this process, and another first."

Axiom hopes this is the first in a series of private flights to the International Space Station, but the company also has plans to build its own space station module to host research and tourism flights as soon as late 2024. 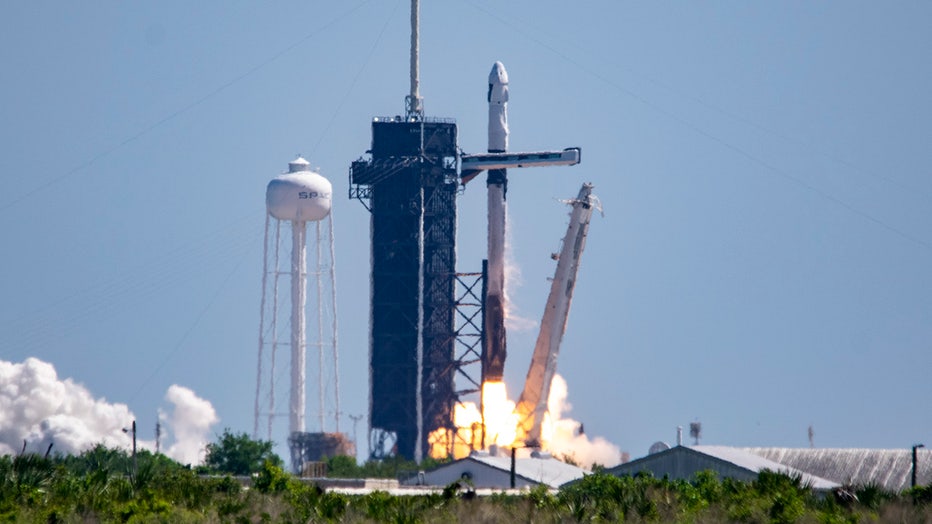 The Falcon 9 lifts off, carrying the Axiom 1 crew. (FOX photo)

While this is the first all-private crew, the ISS has hosted individual space tourists as far back as 2001, all launched aboard Russian Soyuz spacecraft as part of a larger crew rotation. Most recently, Russian actress Yulia Peresild and a director spent 12 days at the station, filming scenes for a movie.

Mission managers drew a line between the Axiom crew members and "spaceflight participants" of the past.

"Our guys aren’t going up there and floating around for eight says, taking pictures, and looking out of the cupola," agreed Derek Hassman, Axiom’s director of operations. "We have a very intensive and research-oriented timeline planned for them."

When Axiom-1’s Falcon 9 rocket lifted off from Pad 39A Friday, it marked the first time since 2009 that another rocket was poised to launch from nearby Pad 39B. That’s where NASA’s new Space Launch System Rocket is in the middle of shakedown tests as engineers prepare for the Artemis I test flight.

The towering orange and white rocket will carry an uncrewed Orion capsule on a mission around the moon as soon as this summer, but first it will have to complete a series of fueling and launch pad rehearsals that have so far been slowed by technical issues. 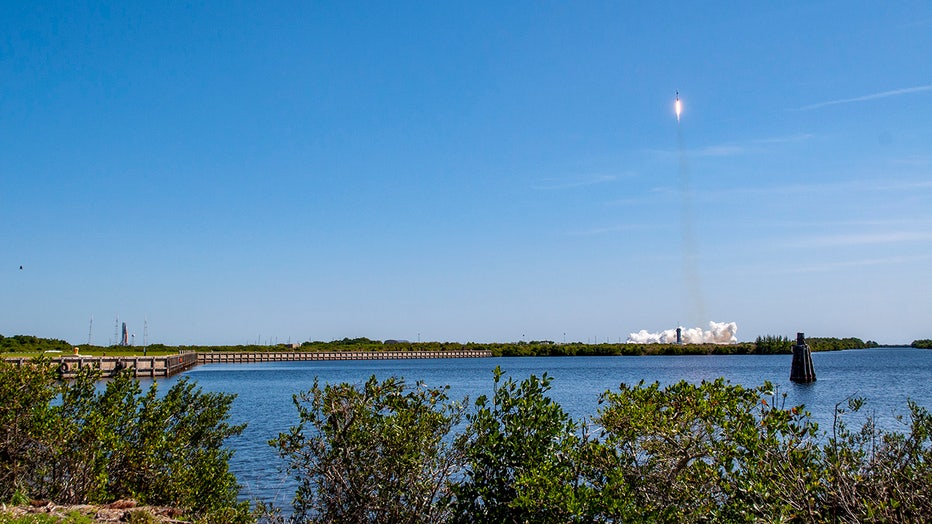 The Axiom-1 mission blasts off from Pad 39A as NASA's Artemis I rocket sits on nearby Pad 39B for tests. (FOX photo)

Meanwhile, NASA’s next mission to the space station is just a few weeks away. Four astronauts will lift off aboard another Falcon 9 rocket and debut a brand-new Dragon capsule, this one dubbed ‘Freedom.’ SpaceX's Crew-4 mission is currently scheduled for no earlier than April 21.

"We are in close contact, more than daily, with the NASA teams on this interplay between the two missions," Reed noted. "Because as important as Axiom-1 is, of course Crew-4 is super important for keeping Station crewed and working."

Axiom-1 mission: What was the zero-g indicator onboard with the crew?

As the crew of Axiom-1 lifted off into space on a historic mission, viewers couldn't help but notice the adorable plush being used as a zero-g indicator.