A motorist took the above video of the costumed hero running along the sidewalk near the H-E-B Plus at Hero Way and US 183. 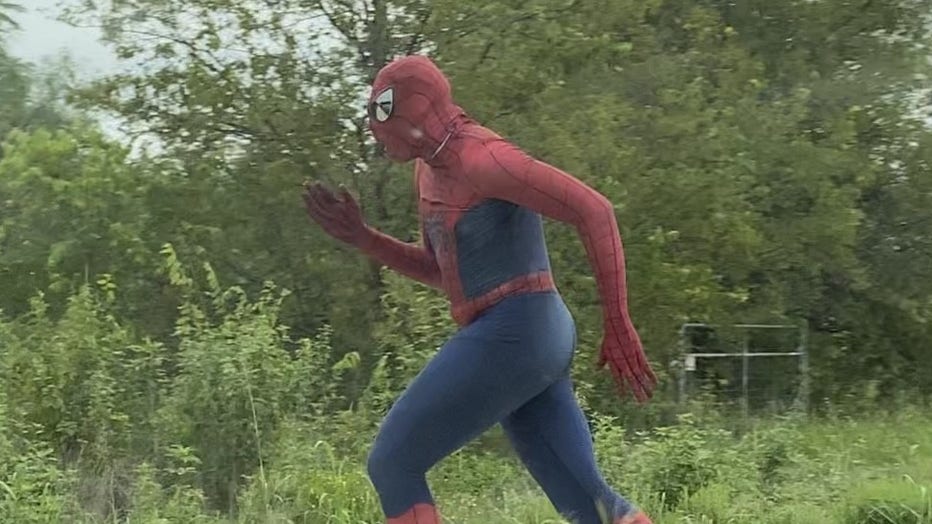 The costumed hero was spotted running along the sidewalk near the H-E-B Plus at Hero Way and US 183. (Patriot Femme Decals)

According to the motorist, he's been spotted around town lately and was waiting at the crosswalk light to turn green before continuing on his way.