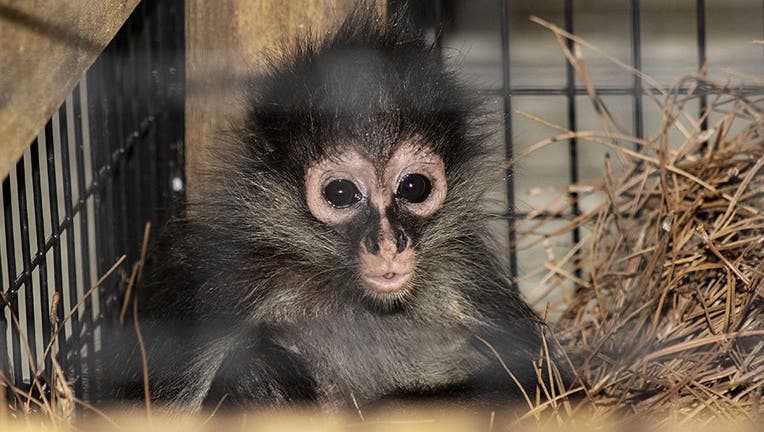 BREVARD COUNTY, Fla. - The Brevard Zoo has welcomed another spider monkey to its family that was confiscated at the U.S.-Mexico border.

A 5-month-old black-handed spider monkey named ‘J’ (named after his rescuer) is making his home at the zoo after authorities say someone was caught attempting to smuggle the animal into the country.

J underwent mandatory quarantine and testing in Texas and was deemed unsuitable for return to the wild.

Because the Brevard Zoo has a long-standing history with this species and had successfully integrated another confiscated spider monkey with their troop last year, the zoo was chosen to be J's forever home.

He arrived at the zoo on August 31.

"He was placed in an area of Rainforest Revealed where he could see, hear and smell the rest of the troop. Our plan was simple: integrate J the same way we did Mateo," the zoo said in a press release.

MORE NEWS: Orlando dog Petal gets adopted after recovering from torture and neglect

Over the past few weeks, J has been settling in with the rest of the monkeys including Daisy, Tika, Blue, and Mateo and staff is seeing "great behaviors between the bunch."

Last September, a young spider monkey, now named Mateo, had been confiscated at the United States-Mexico border. The little guy was slowed introduced to the spider monkey troop and eventually became the "shadow" of alpha male Shooter.