Austin police arrested Jaime Canales, and they said he admitted to stabbing the deputy and showed no remorse.

AUSTIN, Texas - A man was charged after the Austin Police Department (APD) said he stabbed a Bastrop County Sheriff's Office deputy multiple times, including in the neck, at a Southeast Austin H-E-B supermarket. 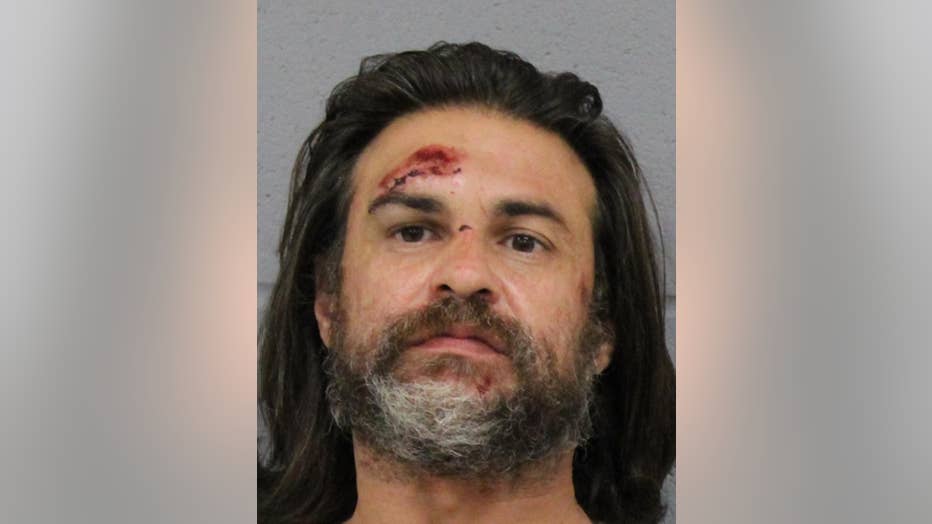 APD arrested Jaime Canales after he admitted to stabbing the deputy and showed no remorse. He is in the Travis County Jail held on a $100,000.00 bond. (Austin Police Department)

According to a preliminary investigation, surveillance video, and witness statements, Canales shoplifted throughout the store before the stabbing. As he was trying to leave with the stolen items, loss prevention employees stopped him and requested the merchandise back.

Canales returned the items and asked for law enforcement. A Bastrop County deputy arrived to the store for his regular shift and approached the group to assist with the investigation.

Police said after a brief interaction, Canales stabbed the deputy multiple times, including in the neck. The deputy was taken to a hospital, and is now recovering from surgery. The deputy is a former officer with APD.

Police were called to the H-E-B on East Riverside and Pleasant Valley before 11 a.m. on November 12.

APD arrested Canales, and he admitted to stabbing the deputy and showed no remorse. He is in the Travis County Jail held on a $100,000.00 bond, charged with Attempted Capital Murder of a Peace Officer.

Canales has a history of shoplifting, robbery, and assault, including attacking and threatening his mother. In a previous shoplifting case, he physically attacked a victim and threatened to kill her. That same case was dropped from a felony offense to a misdemeanor by the Travis County District Attorney's Office.