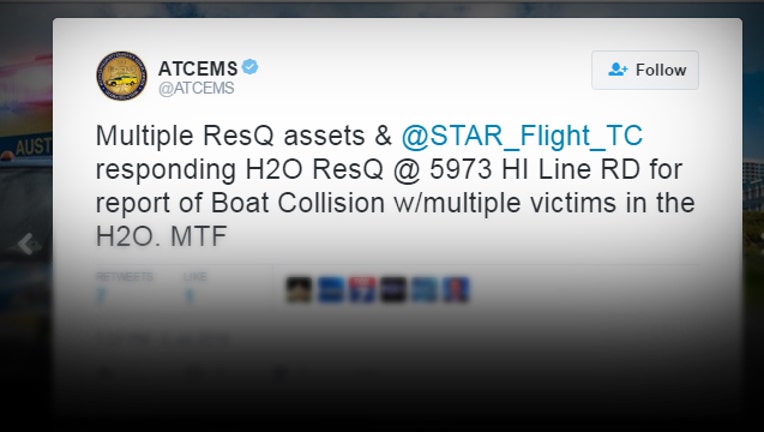 10 total people were involved in the accident. 8 people involved refused medical treatment.  2 individuals are being transported from the scene.

According to North Shore Command the 2 boats involved have been accounted for.

Rescue teams were bringing victims to shore at the marina near Emerald Point.