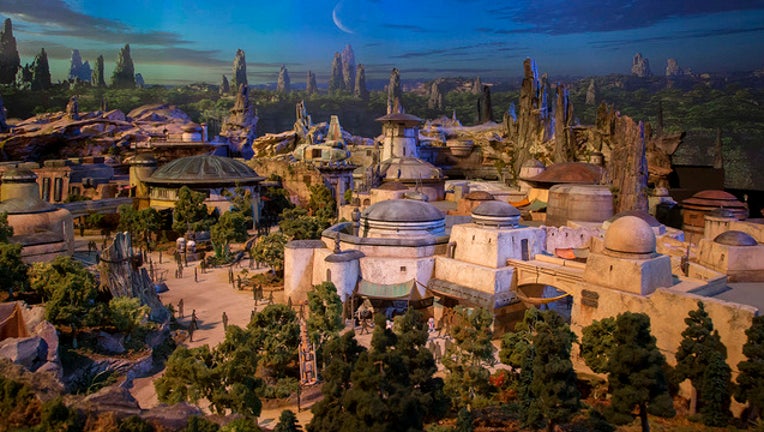 The company also shared a sneak peek video on its Disney Parks blog.

Galaxy's Edge will immerse guests in the "Star Wars" universe, transporting them to Batuu -- a remote outpost on the galaxy’s edge and home to those who prefer to stay out of the mainstream.

One of the land’s two signature attractions will put visitors in the cockpit of the Millennium Falcon to complete a critical mission -- piloting the ship, shooting blasters or preparing for hyperspace.

A second attraction will put guests on a Star Destroyer, "built on a scale never done before." The company says guests will feel like they’re inside a hangar bay in the middle of a battle between the First Order and the Resistance.

Read more about what you can expect at "Star Wars: Galaxy's Edge" here.