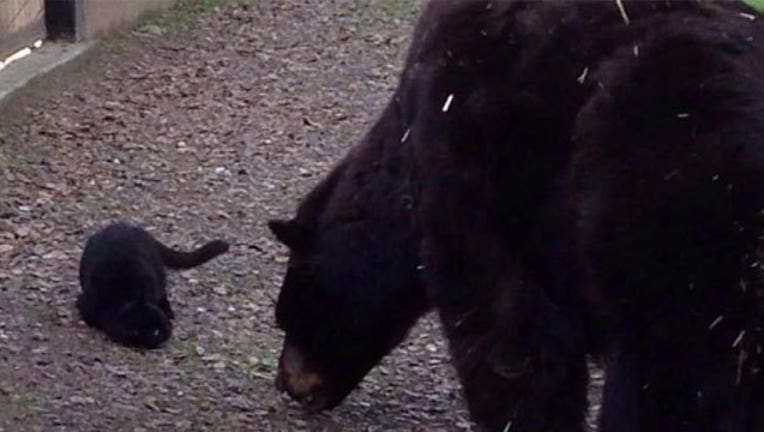 A stray cat wandered into a black bear’s enclosure at a California zoo and now the unlikely pair has become good pals.

Workers at the Folsom City Zoo Sanctuary are used to visitors warning them about a cat in an enclosure with a black bear named Sequoia but they aren’t that worried, Fox 13 reports.

The black kitty showed up at the Sanctuary a few months ago, KXTV reported Thursday.

Faust said the unusual friendship has surprised everyone.