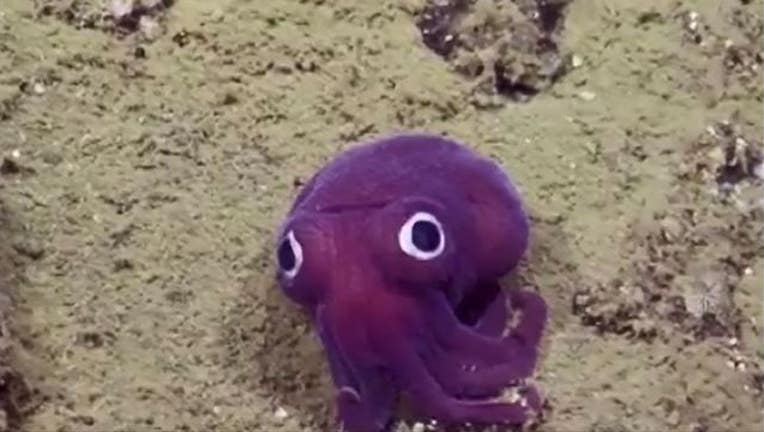 LOS ANGELES, Calif. (KTVU) - It may look like a cartoon character, but it's the real thing!

A stubby squid was found off the coast of Southern California. It was spotted August 10th southwest of the Channel Islands National Park, which is west of Los Angeles.

According to Nautilus Live, the official name of the creature is Rossia Pacifica.

It's closely related to a cuttlefish and lives on the floor of the ocean. The Stubby Squid burrows into sea floor sediment to hide.They leave their eyes poking out of the sediment in hopes of spotting shrimp and fish to snack on.

It's found in the waters of the Northern Pacific ocean. Researches at Monterey Bay Aquarium Institute have also reported seeing the creatures.