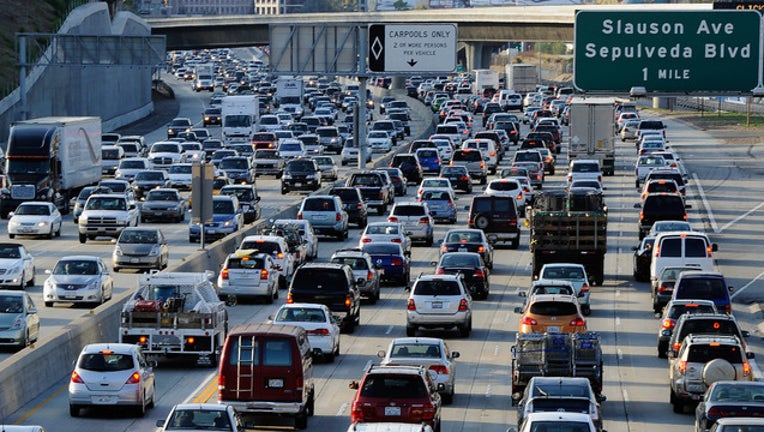 LOS ANGELES, CA -Traffic comes to a stand still on the northbound and the southbound lanes of the Interstate 405 freeway near Los Angeles International Aiprort. (Photo by Kevork Djansezian/Getty Images)

LOS ANGELES, Calif. (FOX 11) - Los Angeles is no longer the worst city for rush-hour traffic in the nation!

Boston is now the worst, according to a recent study done by the transportation-analytics firm, INRIX.

Here are the top five cities according to the study:

INRIX ranks Boston, Washington, D.C. and Chicago as the three worst U.S. cities for congestion in terms of hours lost by drivers annually.

Boston ranks number one, which is also number eight in the world.

And then Los Angeles is at number five.