(FOX NEWS) -- Two-time Super Bowl champion Terrell Davis is stepping up to help those impacted by the coronavirus, vowing to donate around $400,000 worth of products from his sports performance beverage and wellness company.

The former MVP and Hall of Famer told Fox News on Thursday that he would be providing 50,000 bottles of his beverages to Feeding America food banks across the country, including in Los Angeles, New York, Chicago and Detroit. 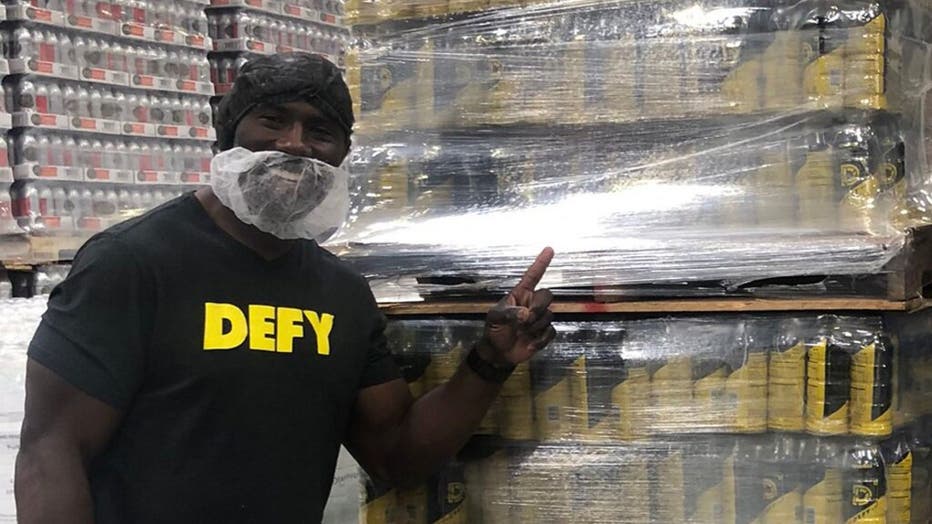 Terrell Davis and DEFY donated $400,000 worth of goods to Feeding America. (Terrell Davis/DEFY)

Davis, a co-founder of DEFY, said he was seeing the empty shelves and knowing that people were unable to get access to basic necessities, like water, that motivated him to “step up” and act.

“It’s about leading by example,” he said. “We’re trying to step up at a time when people are really in need.”

In addition to donating the products, Davis has also vowed to provide free beverage cases to first responders and supermarket workers in Colorado. 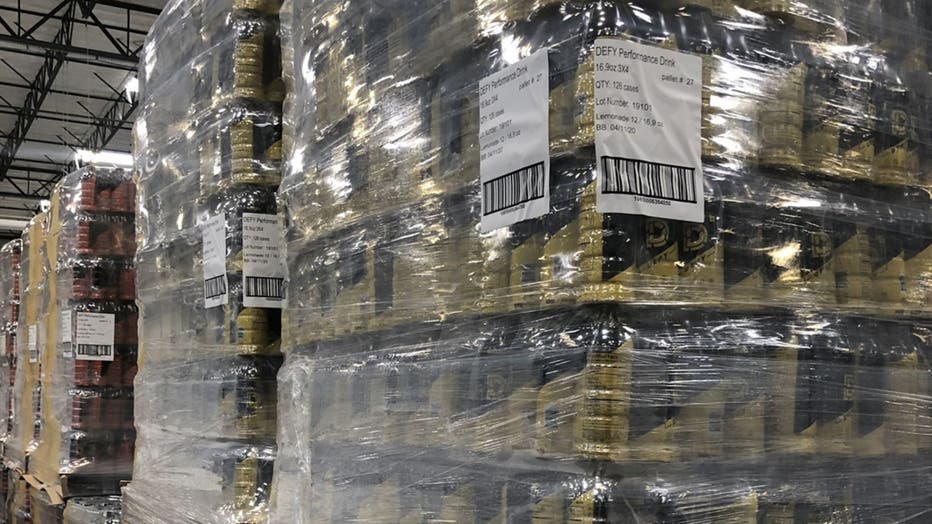 Davis is providing 50,000 bottles of his beverages to Feeding America banks across the country, including in Los Angeles, New York, Chicago and Detroit. (Terrell Davis/DEFY)

The former Denver Broncos running back is also concerned with the impact COVID-19 has had on the sports community, echoing the sentiment of Broncos general manager John Elway who said on Wednesday that the NFL should consider postponing the draft.

“I think they should push it back, at least for a month,” Davis said, adding that process is more than just “looking at a player’s tape.”

Commissioner Roger Goodell issued a memo late Thursday announcing that the draft would go on as scheduled, despite concern among team ownership.

“Earlier today, the CEC discussed the issues relating to the draft. The Committee was unanimous and unequivocal that the draft should go forward as scheduled on April 23-25, 2020,” the memo read.

“Everyone recognizes that public health conditions are highly uncertain and there is no assurance that we can select a different date and be confident that conditions will be significantly more favorable than they are today.”

Coronavirus cases in the U.S. totaled more than 85,000 on Thursday, surpassing China and Italy for most cases worldwide.

Davis said that he is doing his part to self-quarantine and stay safe and that means spending quality time with his family.

“I’m just really enjoying getting to spend time with my family. Not that you take it for granted but when you’re on the road you don’t really realize what you’re missing.”