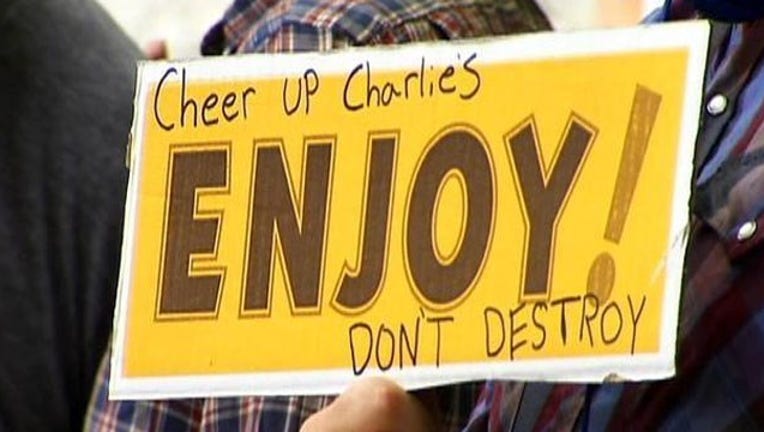 New construction in the red river district threatens to dismantle the live music culture it's become known for.

A Hyatt hotel slated to go up behind the venue sparked the outrage.

Cheer up Charlie's owners says they only found out about the development last week...even though the hotel's developers have been in conversations with the property owner for months.

They also say the construction which will spill into their outdoor patio is going to impede on their business.

"We aren't against development, I know it's going to happen in the city but the short notice and sometimes no notice of what they're going to do and at least curb that and have them be more considerate of the businesses that helped create the culture that they're coming here for," said co-owner of Cheer up Charlie's Maggie Lea.

About a hundred people who have ties to the district came out in support of preserving it they say Austin uses the music scene to promote the city but they're letting big business destroy it.

"There's been a real lack of communication and I think a bigger picture of what's happening to this area that can ensure its long term viability as an incubator for its culture and music," said protestor Chris Ledesma.

Mayor Pro-tem Kathie Tovo, who represents the Red River district, is scheduled to meet with Cheer up Charlie's owners and other stakeholders Friday morning.