A call over the weekend in Virginia was not what this sheriff's deputy was expecting.

LOUDOUN COUNTY, Va. - A sheriff’s deputy in Virginia received “the surprise of a lifetime” after responding to a call over the weekend.

The Loudoun County Sheriff’s Office said Deputy First Class Christina Evans thought she was responding to assist the local fire and rescue team. But when she arrived, something else — or someone — was waiting for her.

Her boyfriend, Assistant Fire Marshall John Bolland, was ready to pop the question. 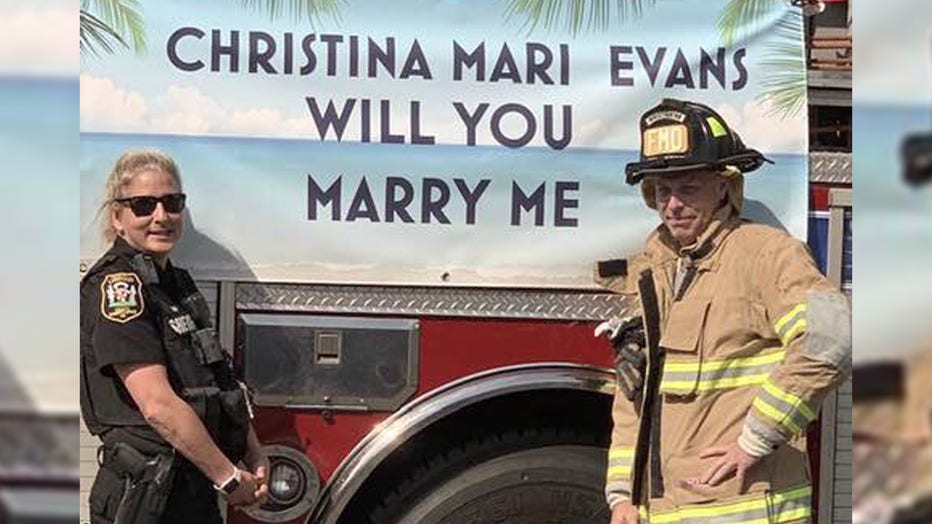 “Upon arriving at the scene, a firefighter donning his gear stepped out of the fire truck, got down on one knee, and asked for her hand in marriage,” the Loudoun County Sheriff’s Office said in a post on Facebook.

The sheriff’s office posted a photo of the two standing alongside a fire truck with a sign that reads, “Christina Mari Evans, Will you marry me.”

Loudoun County is located about 45 miles northwest of Washington, D.C.

Congratulations to the happy couple!