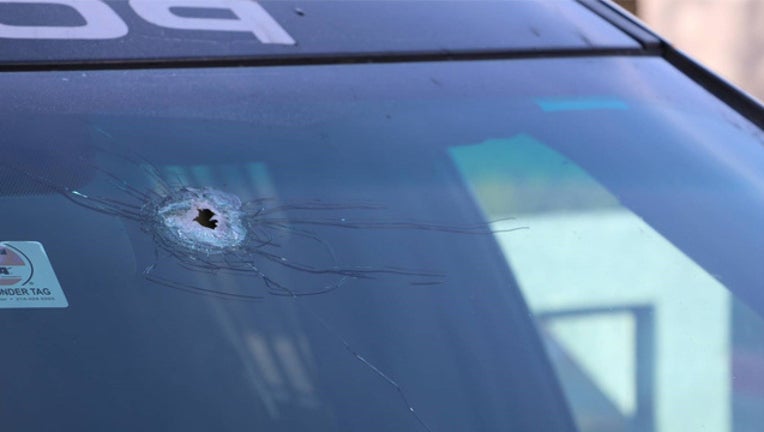 CEDAR PARK, Texas (FOX 7 Austin) - A suspect has been arrested for shooting at a police officer with the Cedar Park Police Department on Tuesday night. 30-year-old Joseph Wille Bage has been charged with two counts aggravated assault with a deadly weapon on a peace officer and is currently being held in the Williamson County Jail.

According to police, officers responded to the 2900 block of Wren Circle, near Little Elm, after 9:30 p.m. on Tuesday, February 12 after a suspect shot at a police officer in the area. One police officer sustained minor injuries to his hand and was also struck by bullet fragments in the lower back hip area.

The investigation has found more than 5 shots were fired, according to CPPD.

Bage is currently being held in the Williamson County Jail.