AUSTIN, Texas - The Austin Police Department has identified the suspect who allegedly fired shots at officers serving a warrant.

APD is looking for 31-year-old Deonte Lee Rogers, who is described as a 5'11" Black man, approximately 180 lbs with dreadlocks up in a bun. He was last seen wearing a dark shirt with a design on the front and gray shorts. 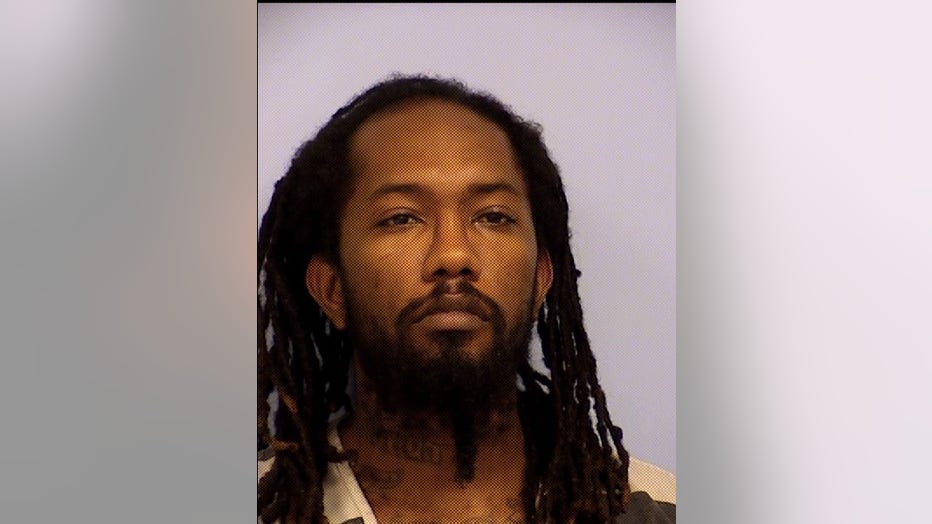 APD Chief Brian Manley said in a press conference Tuesday afternoon that officers with the Lone Star Fugitive Task Force were attempting to serve a federal arrest warrant on Rogers for a probation violation for carrying a prohibited weapon. Officers found Rogers in the courtyard of an apartment complex in the 6100 block of Manor Road.

The officers followed around the corner and Rogers allegedly fired shots at them.

Two officers on the task force, both with APD, fired back, but it is unknown at this time if any of the shots hit Rogers or how many shots were fired.

Rogers reportedly fled the scene, jumping a fence and into the woods. Manley says a pistol was found in the parking lot, believed to be the weapon used in the shooting, but it is unknown at this time if Rogers is in possession of another firearm or has access to other firearms.

A lengthy search followed, according to Manley, involving a DPS helicopter and canine teams in an attempt to locate Rogers. According to Austin ISD Police Chief Ashley Gonzalez, Pecan Springs Elementary was under a lockout, which has since been lifted.

A shelter in place was also issued by APD during the search, which has also been lifted.

Manley says as per protocol, both officers involved in the shooting will be placed on administrative leave. One is an eleven-and-a-half year veteran of the department and the other has been with APD for nine-and-a-half years. Austin PD's Internal Affairs unit and the Office of Police Oversight are investigating the shooting to determine if the officers' use of deadly force was justified.

Manley says that at this time, Rogers has not been located and is asking anyone with information on him or his whereabouts to contact APD or Crime Stoppers.