Austin Police have arrested a suspect they believe vandalized an East Austin church by throwing rocks through nearly every window.

AUSTIN, Texas - A suspect is in custody after allegedly vandalizing an East Austin church.

Police got a call around 2 a.m. Friday morning about a man throwing objects at Cristo Rey Catholic Church. The church is 70 years old.

The suspect has been identified as 33-year-old Carlos Ramos. Officials say he's charged with criminal mischief, which is a felony. He's been booked into the Travis County Jail. It's not clear what the motive was. 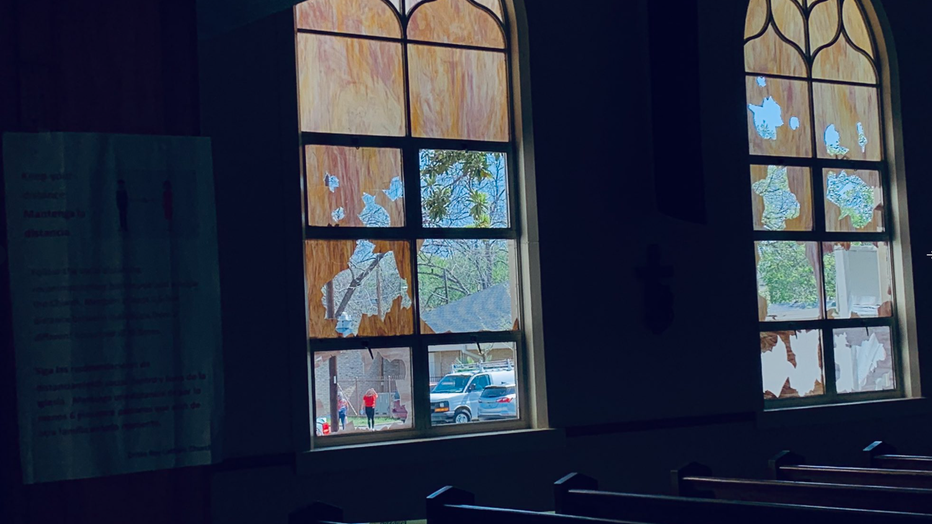 Church members and volunteers spent the day picking up the pieces. Representatives with the church say 30 windows were broken, the front door was cracked and pews were damaged from shattered glass.

"It's just sad this occurred as Christians, one of the holiest weeks of the year, we're walking into holy week, but you know what, it's a building, and although it's part of this community and 1,600 families call this home, we are still very grateful that nobody was injured," said Camille Garcia with the Austin Diocese.

Church members say they plan to take the broken pieces and use them for a mosaic. 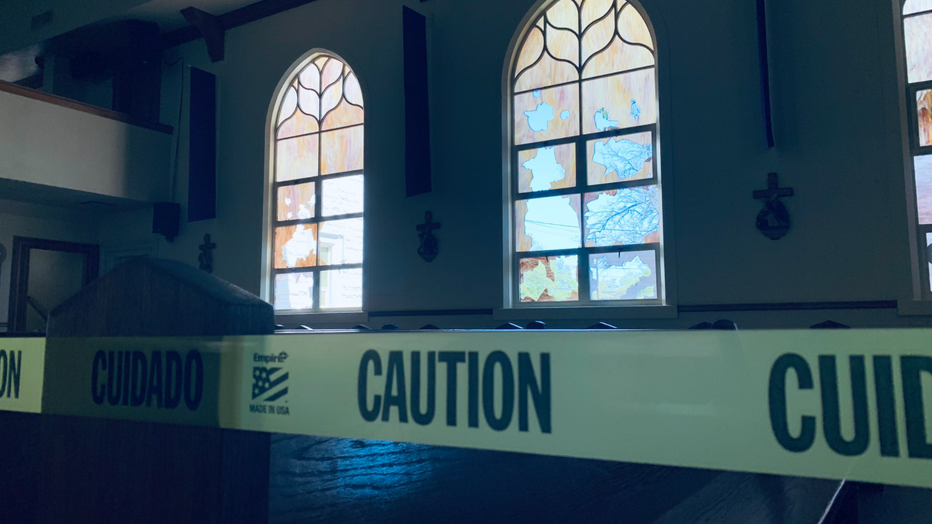 There's no estimate on the amount of damage yet. The church doesn't plan on canceling any events this weekend.

Garcia has a message for the suspect, "I'm sorry you felt compelled to do this. You are probably sad for something, and you're probably hurting and broken and that's okay. We're all broken in some way, shape, or fashion, and we just need to pray for one another."