PFLUGERVILLE, Texas - An investigation is underway after a suspect took police on a pursuit, shot at officers, and tried to carjack a civilian.

Pflugerville Police Department says officers were conducting a narcotics investigation on Friday, Sept. 2. When officers tried to arrest a suspect, a pursuit started around 6:30 p.m.

The suspect took police on a car chase into Austin. The chase stopped once the suspect wrecked his vehicle at Parmer Lane and McAllen Pass. 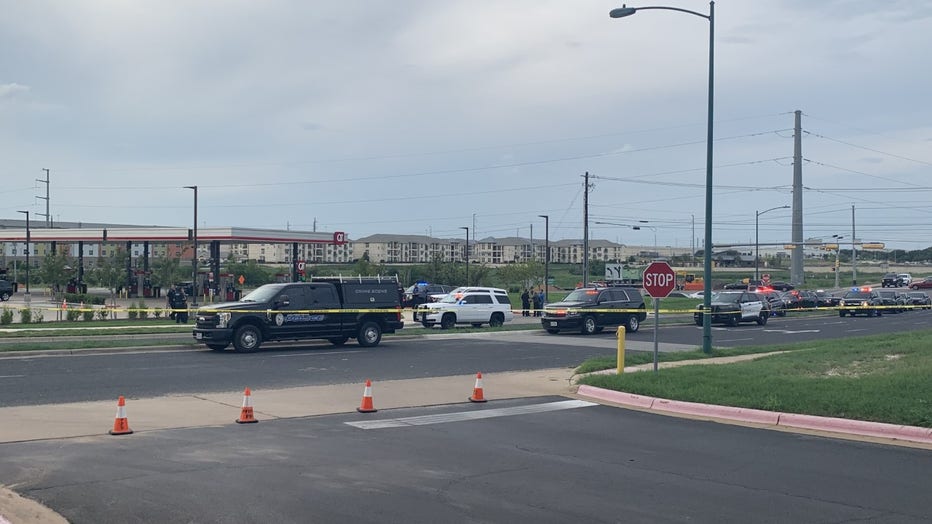 Pflugerville police say they responded with K9 and multiple officers.

After wrecking his vehicle, the suspect shot at officers and ran into a convenience store before fleeing. Police say he then tried to carjack a civilian and continued to shoot at officers.

While continuing to shoot at officers, the suspect was hit by a vehicle of responding officers, police say.

The suspect is now in the hospital and in custody. Through investigation, authorities found the suspect is also wanted on a robbery warrant.

Police say the scene is now secure and there is no threat to the public. No officers were injured during the incident.

Law enforcement is continuing to investigate. The Texas Rangers are leading the investigation.