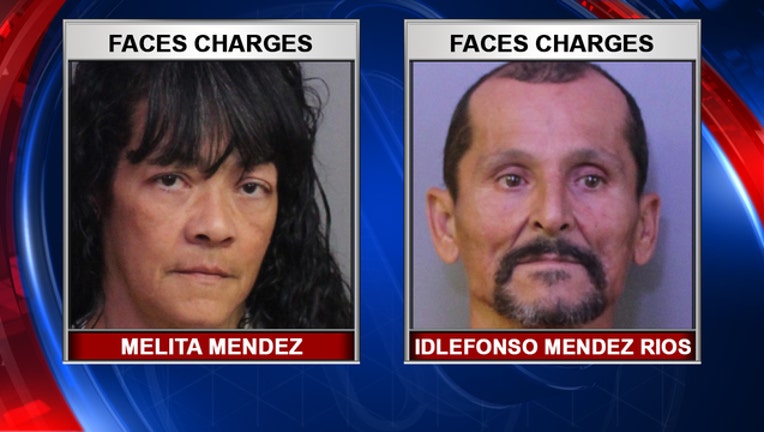 Polk County detectives arrested 49-year-old Melita Mendez on a first-degree murder charge after a grand jury indicted her on Tuesday. She previously bonded out on heroin trafficking charges on February 13.

Mendez admitted to detectives that she sold heroin to 31-year-old Kalia Joslin of Winter Haven, which resulted in her death, detectives say.

In October 2017, deputies responded to Joslin’s home after receiving a report of an unresponsive female. They said they found bags of heroin and fentanyl as well as syringes in her bedroom. Joslin had a 12-year-old son.

Text messages between Joslin and “Tuti,” later identified as Mendez proved when and where the suspect sold the deadly drugs to the victim, detectives say. An undercover detective purchased nearly $200 worth of heroin from Mendez on two separate occasions, and was arrested on a slew of drug charges in November 2017.

On Febraury 22, the autopsy report for Joslin revealed her cause of death was from heroin and fentanyl intoxication, which led to the first-degree murder charge against Mendez.

Her husband, 56-year-old Idlefonso Mendez Rios, was also arrested on Tuesday for drug charges after he was found hiding in a bedroom closet, deputes say.

"This is how dangerous it is to become addicted to heroin, or any drug for that matter,” Polk County Sheriff Grady Judd said in a statement. “Drug dealers are only concerned about making money, they don't care about how this drug can ruin someone's life. Thankfully, the legislation passed the new law encompassing the sale of heroin laced with fentanyl into the first-degree murder statute. Now, Mendez can be rightfully held accountable for her actions."

Judd is expected to provide additional information on the arrests during a Wednesday afternoon press conference.