People are asked to avoid the area near the 10200 block of Garbacz Drive. Those living in the area have been evacuated as a precaution.

AUSTIN, Texas - Austin police say a SWAT standoff in Southwest Austin is now over after 31 hours.

APD reported via Twitter that the suspect was taken into custody at 11:10 p.m. Thursday. The standoff began at around 3:30 p.m. Wednesday afternoon.

APD says further information on the incident will be released Friday morning.

People are asked to avoid the area near the 10200 block of Garbacz Drive to allow emergency vehicles to safely exit the neighborhood.

A resident in the area shared with FOX 7 Austin video of Austin police and SWAT speaking to a man who barricaded himself inside a home. The incident began at around 3:30 p.m. on Tuesday, Sept. 2.

The incident began when a neighbor called 911 and told them a man had been walking in the street with a gun and had brandished it at her husband. Gunshots were reportedly heard in the background, but it is unclear if the shots were aimed at the neighbor. 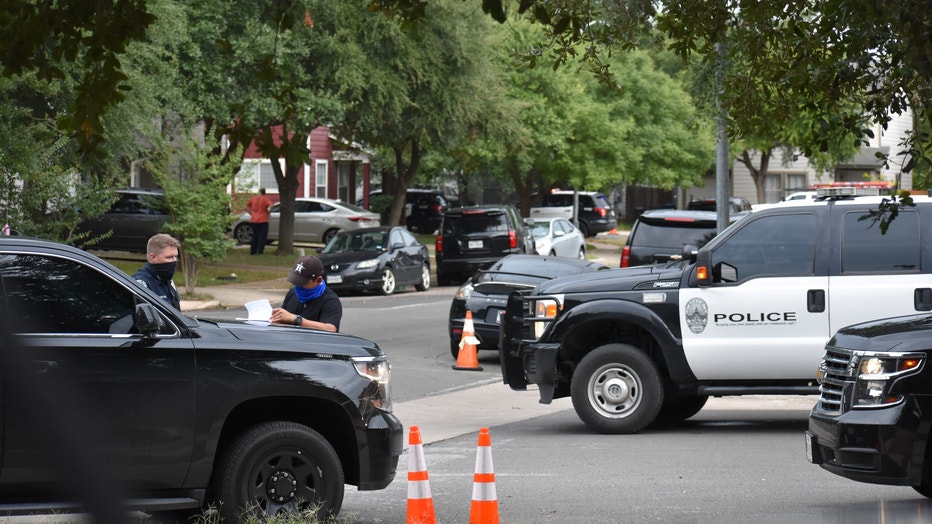 Police say the man who was barricaded inside the home is a white male in his mid-30s and they believe he was having a mental health crisis. APD says patrol officers in the area are familiar with the man and have responded to the home over 15 times in the last month, but he has not brandished a weapon before now.

APD made contact with the man, who has boarded up his doors and windows, and said that at times he told them he will come out peacefully, but then after minutes, retracted the statement and said he's not coming out at all.

Austinites are asked to avoid the area near the 10200 block of Garbacz Drive.

APD says family members, former roommates, friends and his landlord were on scene attempting to talk with him and calm him down. The man currently lives alone and APD says the landlord has been trying to evict him.

If the situation is resolved peacefully and the man is detained, APD says that if no criminal charges are filed against him, he will be placed in a mental hold and taken to a hospital for evaluation.

A SWAT standoff has gone unresolved, lasting longer than 24 hours.