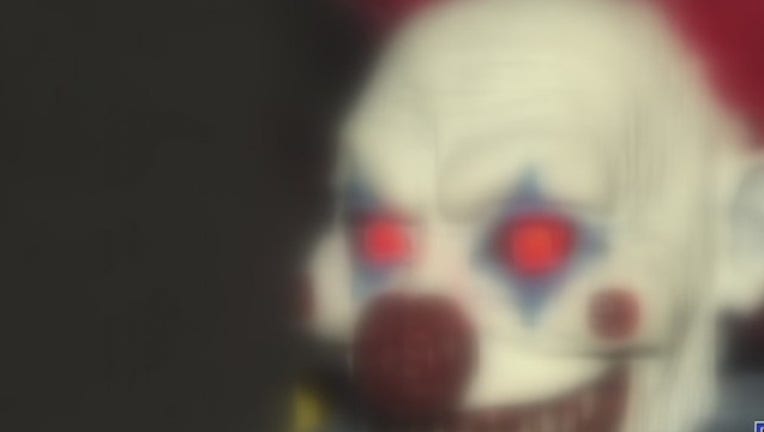 STOCKHOLM (AP) — Swedish police are looking for a man wearing a clown mask and a yellow jacket who slightly wounded a person in southern Sweden with a sharp object, the latest incident involving adults in creepy outfits scaring passers-by.

Police spokeswoman Ulla Brehm says there have been two similar incidents where people dressed like clowns stood outside schools and "scared children. This is not a crime as such but very, very unpleasant."

Brehm says the incidents "likely had spread via social media from the United States" adding "it is not funny when people are being scared."

She said Friday the 19-year-old man was stabbed late Thursday with a knife in the shoulder in Varberg, south of Goteborg. He sustained superficial wounds and despite searches, the attacker has not been found.