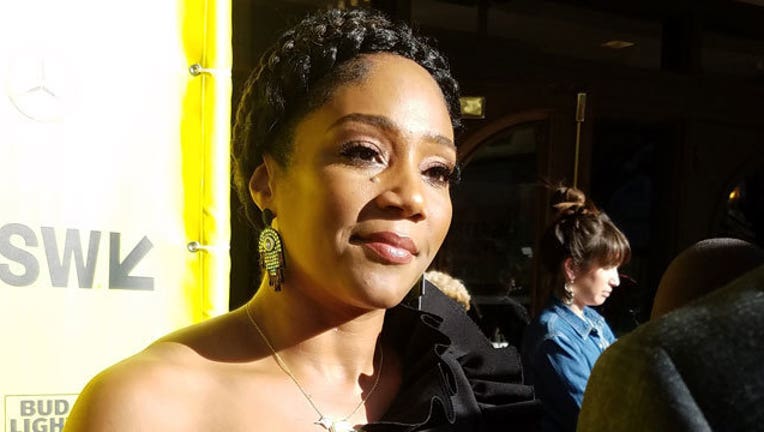 Actress Tiffany Haddish talks on the red carpet for the premiere of "The Last O.G." at the Paramount Theatre during the SXSW Film Festival.

The cast of the new TBS television series "The Last O.G." walked the carpet and spoke to media for the show's premiere at the Paramount Theatre during the SXSW Film Festival.

The show was created by Academy Award winner Jordan Peele and John Carcieri and follows Morgan's character who is an ex-con that's released after spending 15 years in prison. The ex-con is shocked at all the changes in the world and especially his old Brooklyn neighborhood.

Cedric the Entertainer also stars in the show.

See our interviews with Haddish, Maldonado and Taccone below or by going here.