Family, friends, and fans continue to mourn the loss of Takeoff from the popular Atlanta group Migos. Radio personality Headkrack talks to Good Day's Sharon Lawson about the latest developments on the case.

Fans of late rapper Takeoff and Migos are expressing grief in the comments of a new music video, promoted on social media channels on the day before Takeoff's death.

The video is for Quavo and Takeoff's song, "Messy," which is one of 18 songs on the duo's album "Only Built For Infinity Links," which debuted earlier this month.

The video dropped on Halloween and both artists' Instagram accounts shared clips of the video:

On Wednesday morning, the official video on YouTube had more than 3.6 million views and 26,000 comments since it was published on Monday. YouTube shows the song soared to No. 1 on its Trending Music list.

Police said they have few leads in the fatal shooting of rapper Takeoff, which happened outside a private party at a downtown Houston bowling alley.

Takeoff, legally known as 28-year-old Kirsnick Khari Ball, was killed early Tuesday when gunfire erupted and also wounded another man and a woman, according to Houston Police Chief Troy Finner. 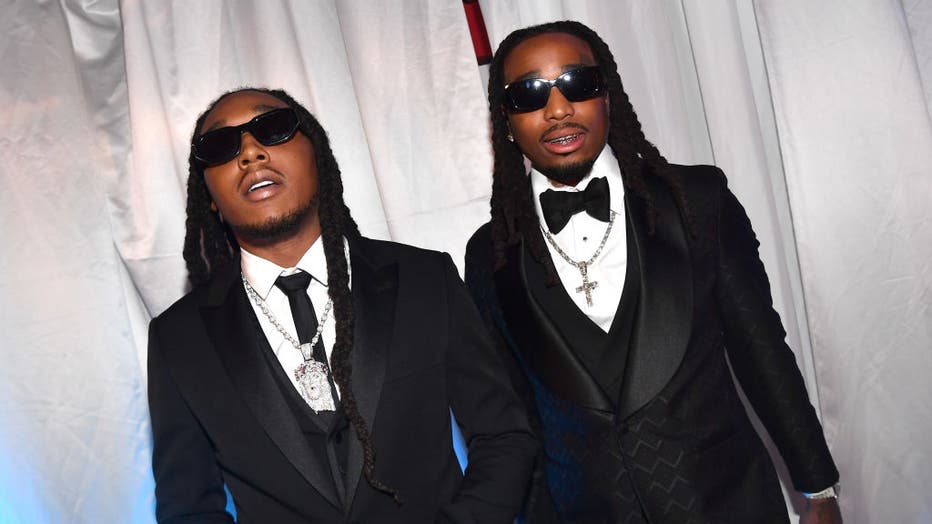 Finner said Takeoff was "well respected," and there was "no reason to believe he was involved in anything criminal at the time."

"Senseless violence and a stray bullet has taken another life from this world and we are devastated," the statement said, though police have said nothing about the gunshot being a stray. "Please respect his family and friends as we all continue to process this monumental loss."