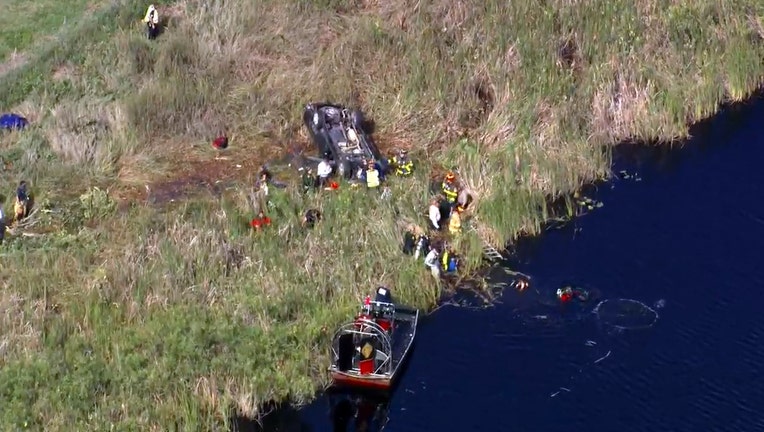 The Florida Highway Patrol says a family from Tampa was involved in a deadly, rollover crash on Interstate 75 in Broward County Thursday.

Three adults and four children under the age of 10 were inside the pickup truck that rolled several times after suffering a tire blowout, according to FHP.

The truck came to rest, upside down, near a body of water along the stretch of road known as Alligator Alley.

During the crash, a 1-year-old was ejected from the truck. It took search crews hours to locate the baby's body.

The 56-year-old female suffered serious injuries, FHP said, adding that no one in the truck was wearing a seatbelt or child safety restraint.

The crash happened around 4:30 p.m. The Broward Sheriff's Office Fire Rescue team searched for the baby for hours after the crash.

WSVN 7News reported that crews from multiple agencies came in to help and were using an airboat to search a nearby body of water. Helicopters and K-9 units were also being used in the search for the baby.