COLLEGE STATION, Texas - A Texas A&M student is out on bond after he was arrested Saturday for vandalism while allegedly under the influence of whiskey and sleep medication at the George H.W. Bush Presidential Library complex in College Station.

20-year-old Kobe Mcadoo was charged with burglary of a building with intent to commit arson, public intoxication and burglary of a vehicle. He was released Sunday on bonds totaling $41,000. 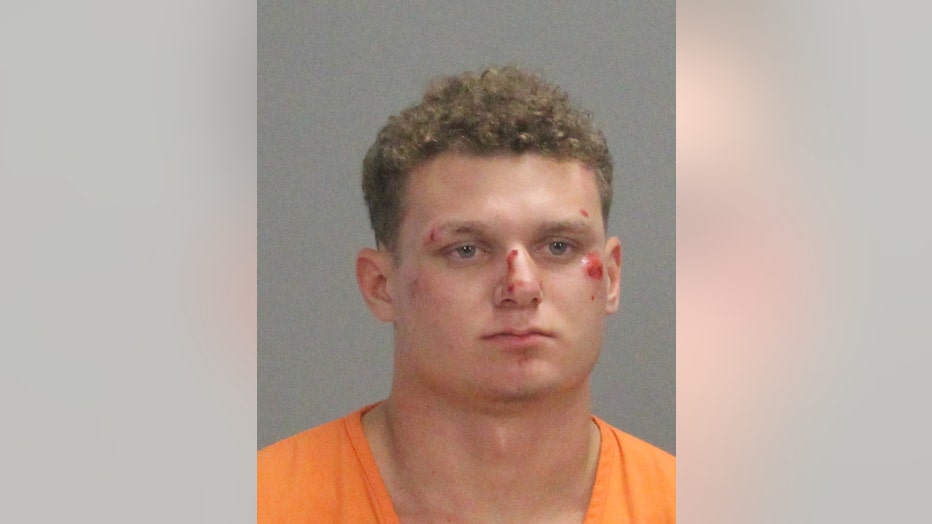 According to court paperwork, Texas A&M police responded to the Annenberg Conference Center just before 3:30 a.m. Oct. 8 for reports of a person kicking in windows.

When officers arrived, they found a man, later identified as Mcadoo, without shoes and bleeding from the face, hands and feet. Court paperwork says that the blood trail from him traced back to a conference center window which had a large metal block thrown through it.

Beside the block was a lighter, alcohol wipes, hand sanitizer and Mcadoo's phone, and police say he had broken into the conference center with the intent to start another fire.

Around the back of the building, officers also found a car on fire and another one broken into with blood on the outside. Items from the car were found on the other side of the broken glass in the conference center, says court paperwork.

Mcadoo allegedly at first told officers he had consumed a large amount of alcohol, but wouldn't say how much. He was also "highly emotional," slurring his words and his breath smelled of alcohol. He later allegedly told detectives he had taken sleeping medication and whiskey, says court paperwork.

He was taken to the hospital for his wounds, then transported to the Brazos County Jail.

The State Fire Marshal's office is investigating the car fire.