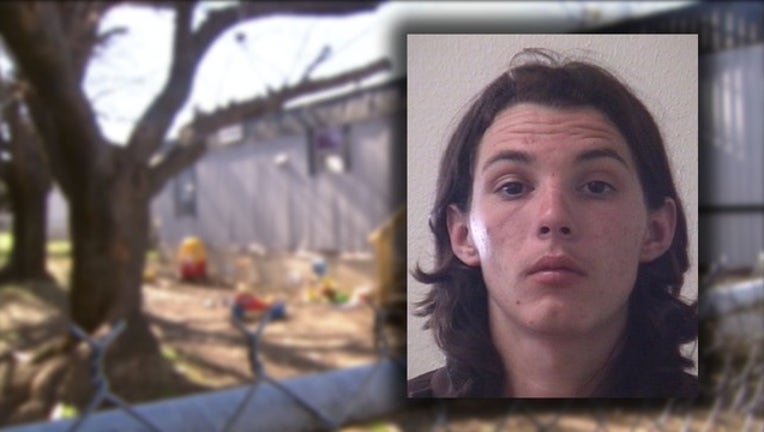 SANSOM PARK, Texas - A North Texas father was arrested and charged for murdering his 2-month-old son.

The incident happened in Sansom Park. The Tarrant County sheriff, who is an outspoken advocate for positive fatherly role models in the home, announced the arrest and charges.

The 26-year-old-father has five children, but four of them lived with him and his wife. Investigators say they arrested the father on Thursday after they determined he was the only one alone with the infant around the time that he was injured and later died.

A children’s play area at the family’s front door is silent. A 2-month-old baby boy is dead. His three brothers are with Child Protective Services.

Joseph Matthew Welborn was arrested for capital murder involving a child under the age of 6.

The affidavit says the medical examiner found the “victim had two complex skull fractures...there were at least two impacts and most likely three,” and that the fractures were caused by “striking his head with or against a hard object.”

The affidavit says the father tried to blame his 4-year-old son for dropping the infant.

“Incredibly concerning on somebody for the lack of value there,” Waybourn said.

In the affidavit, the medical examiner says a child could not have caused those kinds of serious injuries.

Investigators say CPS had been to the home hours before the child’s death last Friday and didn’t see anything wrong with the infant. The “CPS investigator...stated that she was conducting a follow up to a neglectful supervision complaint.”

“The children were not clothed properly or unsupervised while running out in the neighborhood or something of that effect,” Waybourn said.

It is not clear who contacted CPS to report the alleged neglect.