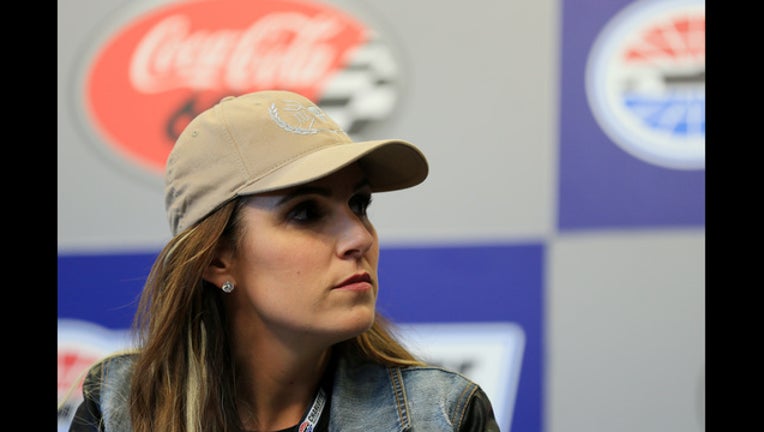 Taya Kyle speaks to the media during a press conference prior to the NASCAR Sprint Cup Series Coca-Cola 600 at Charlotte Motor Speedway on May 24, 2015 in Charlotte, North Carolina. (Photo by Daniel Shirey/Getty Images)

Taya Kyle, the widow of "American Sniper" Chris Kyle, shared a heartfelt message Sunday on Facebook, remembering her late husband on what would have been his 44th birthday.

"I feel like I can feel his happiness at having lived a life well lived - full of moments like this and so many more. Maybe he’s happy we aren’t crying on his birthday? It’s a beautiful Sunday. What a precious gift to have his birthday on a scheduled day of rest. It’s full of family, love and time to reflect," she wrote.

Kyle was a United States Navy SEAL and considered to be the deadliest sniper in U.S. military history. He was also the subject of the blockbuster film American Sniper.

He was killed at a north Texas gun range by a former marine. Kyle was trying to help the veteran when he was murdered.