On April 20, 1999, two Columbine High School students gunned down 12 classmates and a teacher in the Denver suburb of Littleton, Colorado.

Two decades after the mass shooting at Columbine High School which left 12 students and one teacher dead, a subculture of young fans enthralled by the two teenage shooters and the heinous act of violence they perpetrated has become part of the fraught terrain of the internet's landscape.

Often colloquially referred to as “Columbiners,” the online fandom mostly consists of young people who are obsessed with the 1999 shooting and the two murderers, Dylan Klebold and Eric Harris, as well as other notorious mass murderers in history.

More recent names and iterations have emerged of this darker corner of the internet, such as “True Crime Community” or “TCC” for short. A search on Instagram under “true crime community” will lead to hundreds of accounts where users share mass shooting-related memes, choose a photo of Harris or Klebold as their avatar, confess their love for the shooters, and more. 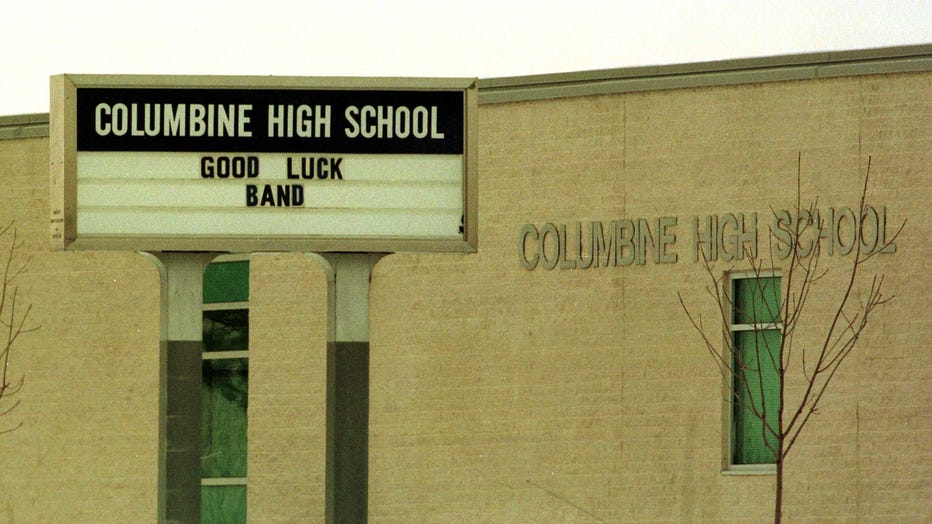 A sign outside of Columbine High School is pictured in a file photo taken on April 23, 1999 in Littleton, Colorado. (Photo By Andrew Shawaf/Getty Images)

“Some of them just sort of idolize killers in general, a lot of them have, sort of, favorites, and Eric and Dylan are definitely the leading candidates,” Dave Cullen, author of the New York Times bestseller “Columbine,” said. “Some of the other ones are Dylan Roof, Ted Bundy, Manson, of course.”

Cullen says this community is made up of young people with several different motivations.

There are the true crime enthusiasts, who are the amateur online sleuths and generally “good kids,” according to Cullen.

The next, larger group of young people revel in the gore that exists online and are drawn to the TCC culture by the allure of being part of a provocative kind of fandom, according to Cullen.

“A lot of them produce memes and they post each other’s memes of, you know, the bloodier the better. Touting how much, ‘I like evil,’” Cullen said.

The largest group tends to skew in the direction of younger-age, high school females who have a romantic affection for killers like Klebold and Harris, according to Cullen, who added that he regularly gets attacked online by some of these accounts for de-bunking myths about the teen shooters in his book.

Cullen says a lot of the younger fans romanticize Klebold, specifically, in a near echo of the phenomenon of women seeking out men on death row.

“They’re really drawn to the poor, misunderstood, tragic, shy, outsider, awkward teen who was just led astray, who ‘could be saved with my love,’” Cullen explained.

A study published in 2015 by Transformative Works and Cultures, a peer-reviewed journal focusing on media and fan studies, looked at the dark fandom of the Columbine shooters and explored possible explanations as to why their legacy persists with young people online.

“This lasting public perception of Eric and Dylan's massacre as an act of retaliation against the cruel yet socially superior athletes appears to manifest within the Columbine fandom,” Andrew Ryan Rico, the author of the study, wrote. “This belief is most noticeable in the fan-created texts that reconceptualize Eric and Dylan as victims of the bullies, of the unhealthy social atmosphere at Columbine, or of society for enabling the athletes to torment with impunity.”

The study found there to be multiple reasons a young person might join such a complicated and dark fandom such as this one.

“Fans may appear to identify or even empathize with Eric and Dylan as social outcasts, or perhaps they are more drawn to the lure of the forbidden of joining such a provocative fandom. Or, and this is especially relevant considering the ubiquity and accessibility of technology, they might just be doing it for the attention,” Rico wrote in the study.

The study also points out how websites or blogs dedicated to the shooting will often have a disclaimer stating that the user “does not condone the massacre but merely expresses an interest in the two boys.”

“I do not condone” or “I condone” is also a popular term that appears in the bios of several Instagram users in the TCC fandom, Cullen added.

Ralph Larkin, a sociologist who studies school rampage shooters and author of the 2007 book "Comprehending Columbine," points out how this Internet subculture formed early on around the personas of Klebold and Harris, who utilized early forms of online media.

“There’s a kind of history to it that I’m aware of because Klebold and Harris were at the cutting edge of social media because they made videos and posted them, and Harris posted his rants on his AOL page,” Larkin said.

A Florida woman allegedly obsessed with Columbine flew to Colorado and bought a pump-action shotgun as well as ammunition. The 18-year-old, identified as Sol Pais, was suspected of making threats against Denver-area schools and was last seen not far from Columbine in Jefferson County.

Authorities said she was later discovered with an apparent self-inflicted gunshot wound and was allegedly “infatuated” with the Columbine shooting.

“Rampage shootings are the most masculine of all crimes,” Larkin said. “The number of female rampage shooters can be counted by the number on one hand.”

The Conversation, an online nonprofit news publication, identified six mass shootings and 40 active shooter incidents at elementary, middle or high schools in the United States since the 1999 massacre. The FBI defines mass shootings as an event in which four or more victims died by gunfire.

The publication found that in nearly half of those 46 school shootings, the perpetrator “purposely used Columbine as a model.”

A report on the Sandy Hook school shooting revealed that gunman Adam Lanza had an “obsession” with mass murders, specifically the Columbine shootings, according to the Associated Press.

While these documented cases of Columbine copycats, or shooters inspired by the 1999 rampage, exist – both Cullen and Larkin agree that young people being obsessed with the Columbine shooting doesn’t necessarily mean they are violent.

“Some of these kids think that this is really cool,” Larkin said. “I don’t think they really think through these things to the logical conclusion and what kind of damage they may be doing by worshiping these people who commit the heinous crimes.”