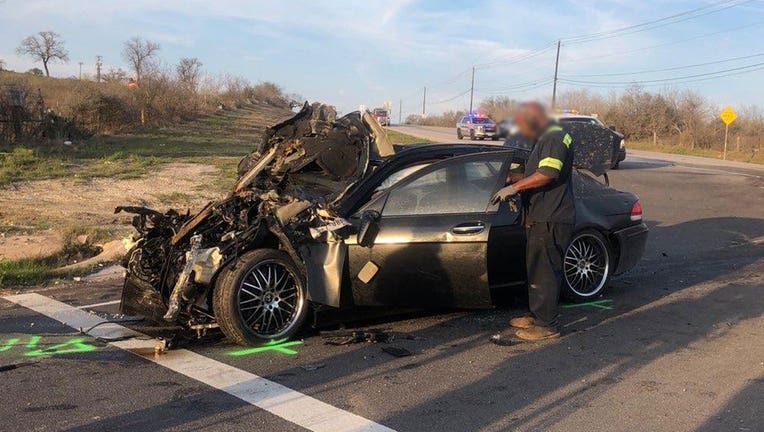 TRAVIS COUNTY, Texas - The Travis County Sheriff's Office is searching for an armed man who officials say was involved in two crashes and is believed to have shot at deputies during a chase this afternoon.

Officials have scaled the search for the suspect down after initially asking residents in the area of the FM 969 and FM 973 intersection to stay indoors.

Deputies remain in the area and ask that if anyone sees anything or anyone suspicious, particularly a man in a red shirt and black shorts, to call 911.

Officials say it all started when deputies responded to a crash on SH 130.

One of the vehicles involved in the crash left and deputies chased after it. Officials say that it was during this time that someone inside the vehicle shot at deputies.

The vehicle then caused a three vehicle crash on FM 969 and FM 973.

Officials say no deputies were hurt and that three people were taken to the hospital with minor injuries.