As the World Cup continues in Qatar, LiveNOW from FOX's Josh Breslow spoke live with FOX's Alex Hogan from Doha.

He’d given everything, and this time, it hadn’t been enough. As the final whistle at Al Thumama Stadium signaled a 1-0 United States victory, there was nothing left for the Iran defensive midfielder to do. So, he sat on the turf, deep into the Qatari night, buried his head in his hands and let the tears tumble.

Seconds later, he felt a big arm around his shoulder. It was Josh Sargent, the USA forward, who had dueled with him during a first half in which the Americans desperately chased a goal until one came after 38 minutes via Christian Pulisic.

Sargent kneeled next to Ezatolahi, hugged him and offered some words of kindness and sympathy. Soon after, USA substitute Brenden Aaronson noticed the scene, saw the anguish on the Iranian player’s face, and came over, too. As did DeAndre Yedlin. 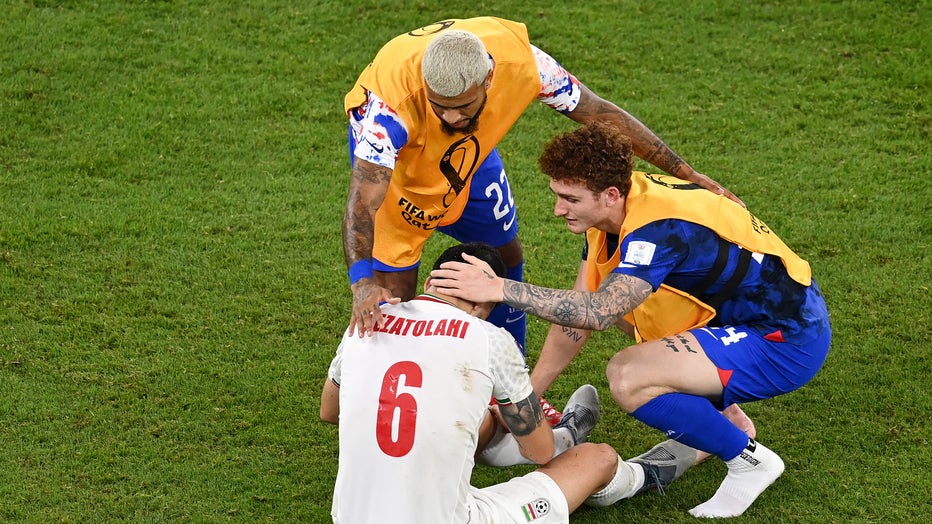 Tim Weah joined them. As he approached, Weah’s face changed from one of beaming delight to something more solemn. As Ezatolahi tried to collect himself, Weah took him by the hands and pulled him to his feet, before hugging and whispering in his ear.

"I think it’s more than just football," Weah told me, as he left the stadium to return to the team’s Doha headquarters. "I think the United States and Iran have had so many issues politically and I just wanted to show that we are all human beings and we all love each other.

"I just wanted to spread peace and love and show him we come from different backgrounds, we grew up differently. He is still my family, he is still my brother and I love him the same way as the guys I grew up with."

Unless you’ve been camping, hibernating or technology detoxing the past week, chances are you've noticed the intense depth of the political subplot surrounding the Iran clash that ultimately decided second-place in Group B and sent Gregg Berhalter’s side into a round of 16 meeting with the Netherlands.

But whatever the discussions during the week, however many questions players had to answer that had nothing to do with the sport of soccer, the Americans recognized the pain of defeat. They’ve felt it, more times than they wish to remember.

Just not on a stage like this, not yet at least. 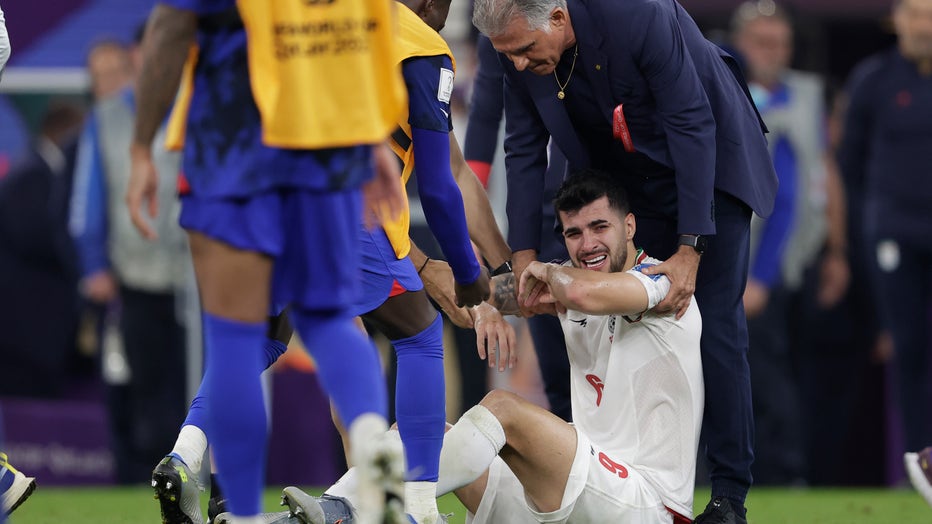 "I could feel the emotion from him on the ground," Aaronson said. "It’s tough, it’s a tough moment for a lot of things. You put your heart and soul and I think he had a great game too, and a great tournament from Iran. It’s hard to see that from a player. All you want to do is go and console them and tell them that everything is going to be OK. It’s just a human thing."

Aaronson, Weah and Sargent are all 22 years old. None of them had ever met Ezatolahi before. The United States should be proud of its men’s soccer team, for what it did during Tuesday night’s win-or-go-home triumph. And, perhaps even more so, for what it did afterwards.

They were not the only three to offer some solace. There were handshakes all-round before the team headed to the locker room, as well as some pats on the back. Ezatolahi received more attention from the Americans because he was so visibly devastated. He’s had a club career that has taken him to Russia and Denmark and the Qatari league. He felt, quite reasonably, that this current generation of the Iranian team had a unique chance to achieve something special.

For Sargent, seeing Ezatolahi’s tears gave him a lump in his throat, and his own emotion welled. Even talking about it later, his voice cracked a little, and he will remember that part of the night as much as anything that happened during a frenetic 90 minutes. 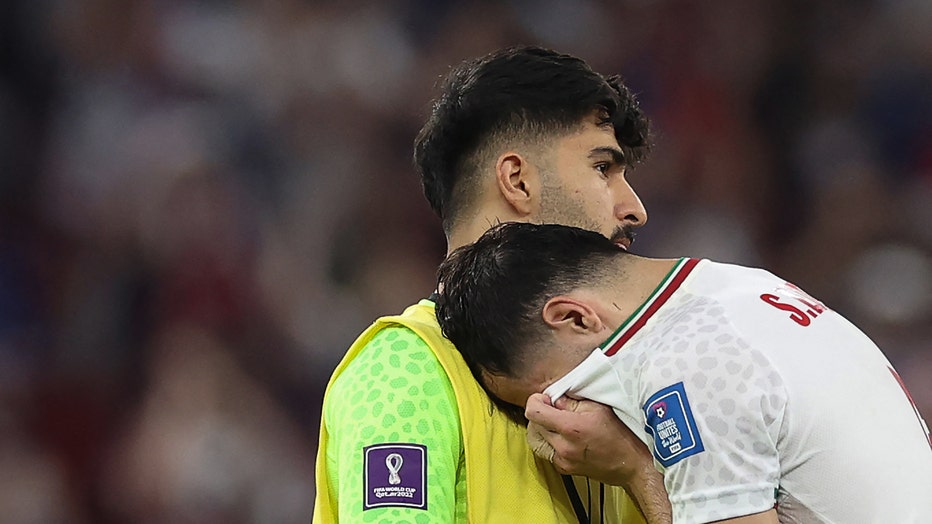 Iran's midfielder #06 Saeid Ezatolahi (R) cries as he is comforted by Iran's goalkeeper #22 Amir Abedzadeh at the end of the Qatar 2022 World Cup Group B football match between Iran and USA at the Al-Thumama Stadium in Doha on November 29, 2022. (Pho

"I just really feel for any team," Sargent told me. "Obviously it’s a big tournament, no matter who it was, seeing people upset like that touches me in a different way. It was on my way to where the team was anyway, so I thought I’d say something nice and encouraging.

"Everybody is human, obviously. We’ve all been working our asses off to get to this important point of our lives. This is the pinnacle of everybody’s career. I know it is not an easy situation when you lose."

And so ends this whirlwind chapter of the World Cup for the Americans, with the knockout rounds providing a fresh new opportunity. In many ways it is a whole new tournament, both in format and pacing.

They move on having shown resilience and determination, worthy attributes for any athlete in the biggest competition of their career.

And a side of compassion, too, which may not win games – but deserves our applause nonetheless.

LINK: Get updates on this story and more on the 2022 World Cup at foxsports.com.