Saagar Shaikh plays Ms. Marvel's older brother in the new Disney+ series and spoke exclusively on how getting the role is a dream come true and a blessing.

HOUSTON - When Saagar Shaikh made the decision to be an actor, he never expected to ever join the Marvel Cinematic Universe (MCU), let alone play the older brother of a superhero.

"Before I got this job, I was auditioning for like little commercials for non-speaking roles," he said during an exclusive Zoom interview. "But being in the MCU, that's like, that wasn't even on my radar." 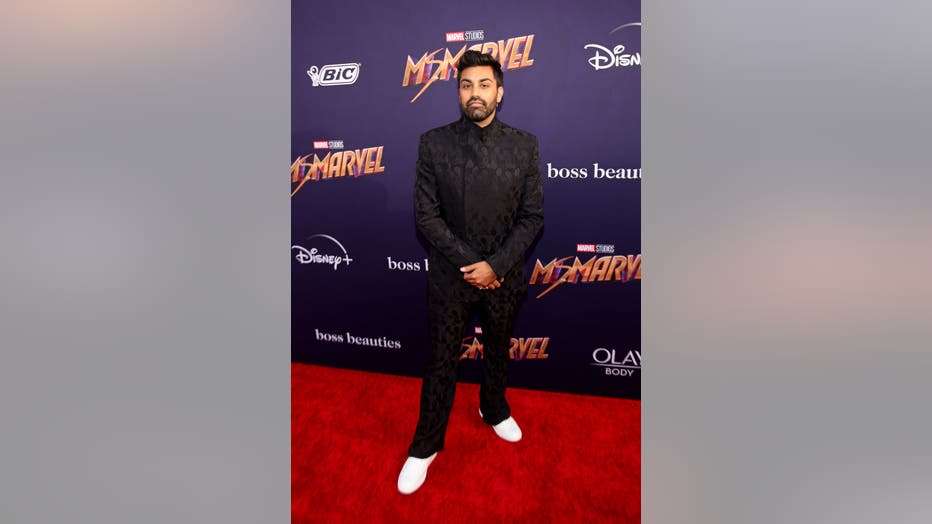 Even the idea of a live-action series based on a comic book about Ms. Marvel, the series’ first Muslim and South Asian superhero, seems unfathomable. However, after much anticipation, the series made its premiere on Disney+ in early June, and fans, as well as those heavily involved in the show, could not be more excited.

TV REVIEW: Get ready to fall in love with ‘Ms. Marvel’

Cast members like Shaikh, who plays the titular character’s older brother, praised the show and its creators for its attention to detail with respect to the comics as well as its portrayal of Muslims. 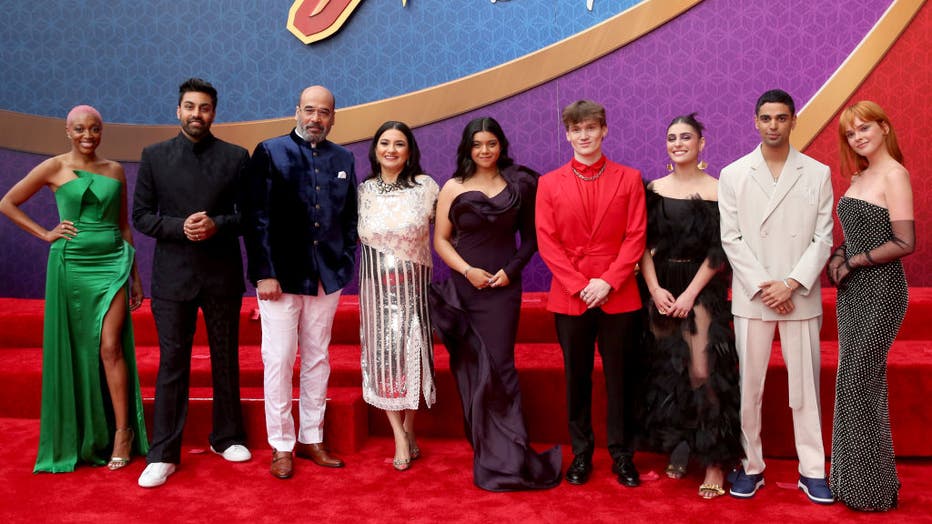 "I just hold culture so close to my heart," Shaikh continued. "I've really embraced it over my life and to be able to be a part of something that's just like, putting it on the largest platform in the world, arguably … and for it to be authentic, and truthful, and positive, you know, is not something that a lot of people like us have gotten to do in our lives."

As a person of Pakistani descent, born in Alief, Texas - just southwest of Houston, Shaikh called the entire experience surreal. Especially when taking into consideration how his journey into acting first began. 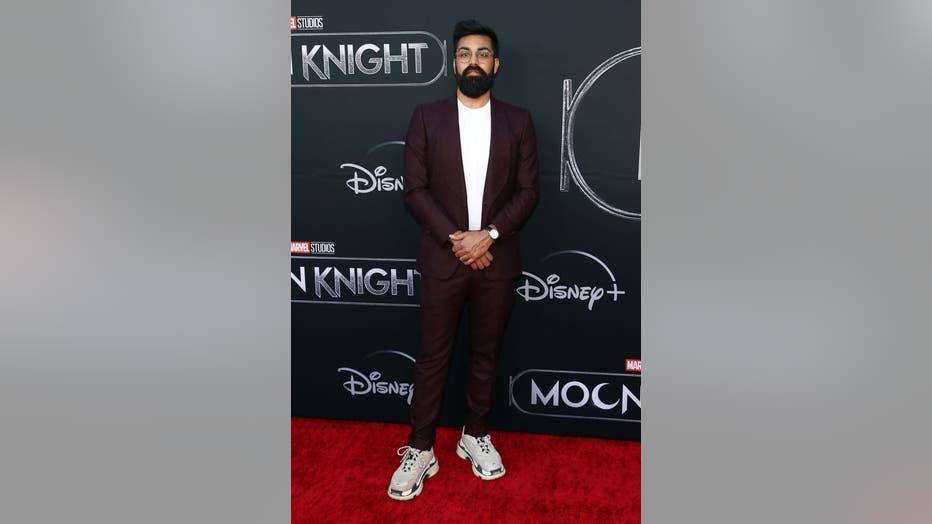 While Shaikh was in business school at the University of Texas at San Antonio (UTSA), where he and his family moved when he was 14 years old, he decided to take a chance on himself and follow his dream.

"I was just like, so bored with what I was doing, and I couldn't think of anything that I wanted to do that will make me happy," he explained. "I remembered that in middle school, in high school, I would take like theater classes, and I was like, ‘I had fun doing that, you know, what if I like took that seriously, and, and like segued into that?’ So I did just that." 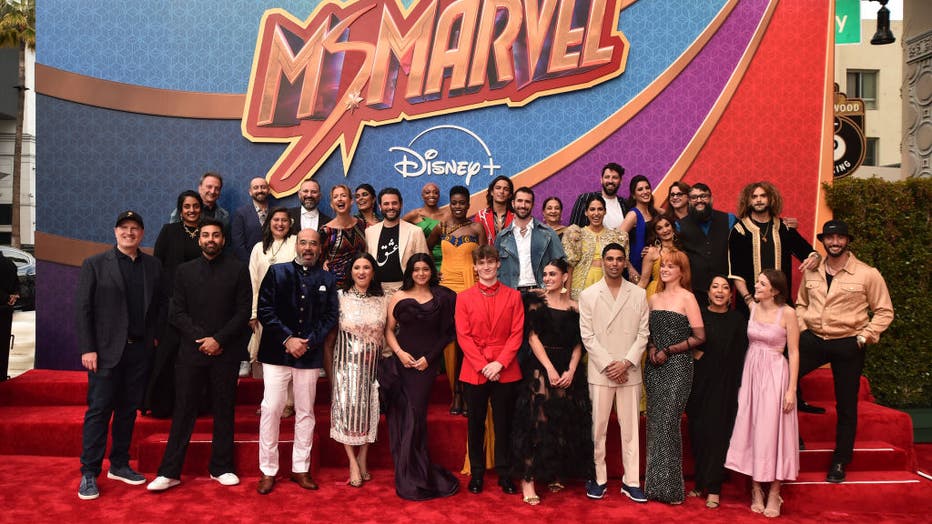 Shortly after graduating, Shaikh made the move to Los Angeles, where he studied acting and did several auditions, and worked in some commercials here and there.

"I did a bunch of commercials, those were fun and, you know, they kept me afloat for a little bit," he noted. "But I had to have a real job throughout the whole process."

The entire experience retrospectively seems frightening, even to Shaikh’s own parents, who at first were initially hesitant about the concept of him moving to L.A.

"I told my parents the moment I started acting, I was like, ‘When I graduate, I'm moving to L.A. and I'm going to do this,’" he said. "And they were like, ‘Eh, we'll see you know, like we’ll cross that bridge when we get there,’ and the bridge we crossed." 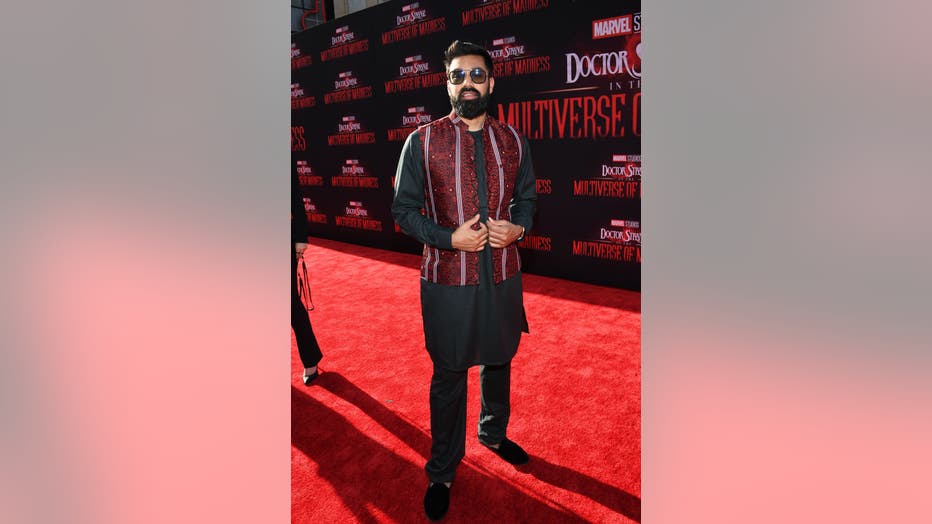 HOLLYWOOD, CALIFORNIA - MAY 02: Saagar Shaikh attends Marvel Studios' "Doctor Strange In The Multiverse Of Madness" premiere at Dolby Theatre on May 02, 2022 in Hollywood, California. (Photo by Jon Kopaloff/WireImage)

His dream was ultimately realized when Shaikh got the life-changing phone call that he received a part in Ms. Marvel as the older brother of Kamala Khan, the alter ego of the eponymous superhero. On the surface, it may not seem like much, but his role is actually pretty significant on many levels.

"My character is Kamala’s older brother, Aamir," he explained. "He’s like her third parent, but like, the cool parent that she doesn't necessarily listen to. He's like, a friend-parent more than anything." 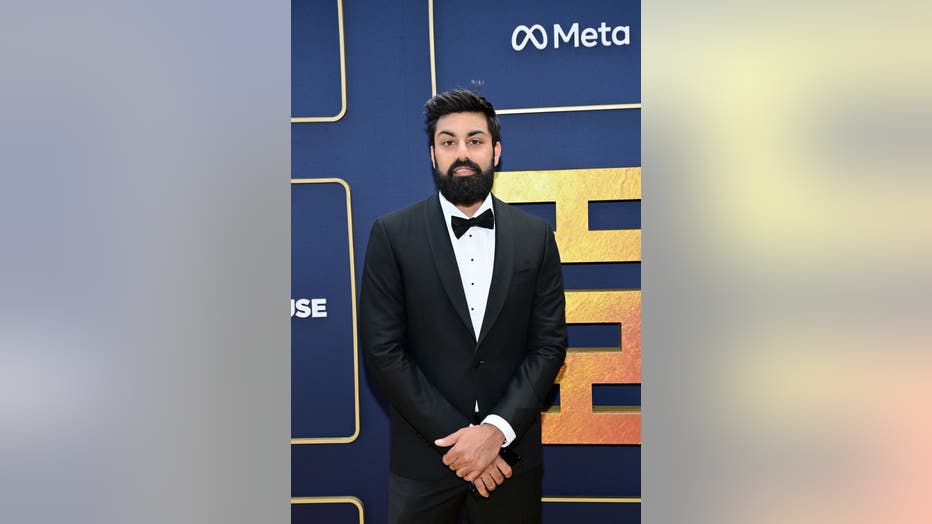 "He tries to be her guide, and he wants her to be his baby sister, forever," Shaikh continued. "But also, he's like, learning to trust her more and to realize that, you know, she's not a kid. She's growing up. She's gonna make her own decisions."

In South Asian communities, the nature of an older sibling takes on a role as an extension of the parents, which is demonstrated by the show. The oldest child, in essence, is meant to be a proper role model for the younger children, but also expected to break certain barriers that would enable other siblings to not go through similar hardships.

"Hasan Minhaj said this thing in his stand-up special that ‘You know, we walked so that you can run,’" Shaikh explained in reference to the comedian's joke about older siblings being superior to the younger kids. 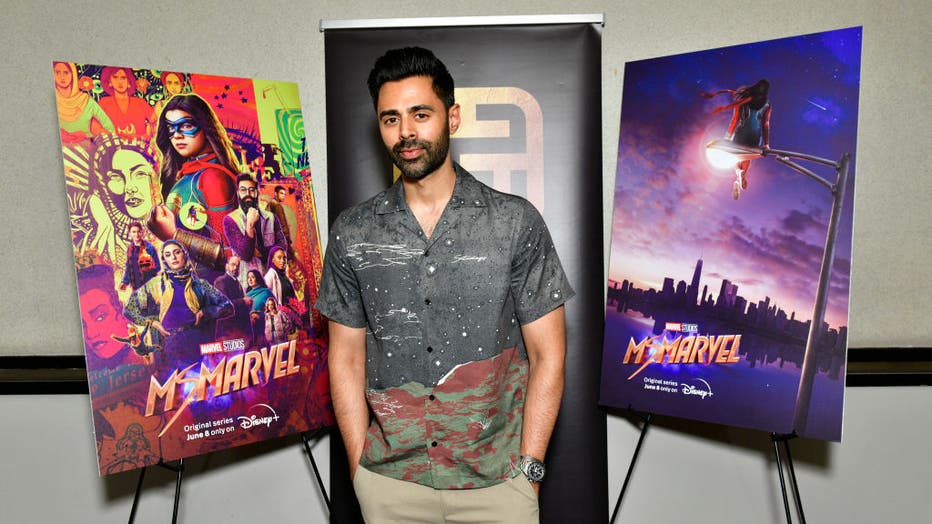 Even Shaikh admitted the role of Kamala Khan’s older brother bore a striking resemblance to his older brother, who I also happen to be friends with.

"I told him when I was auditioning for this role, the first time I read, I was like, ‘Oh my God, this guy is like Sakib, my older brother," he said. "And I was like ‘Alright, let me just goofy up a little bit and try to channel my inner older brother.’"

Jokes aside, Shaikh praised the show for its dedication and authenticity to portraying Muslims in a positive light, going so far as to call it a blessing.

"Throughout my career, I've said no to a lot of auditions," he admitted. "I've never gone into an audition for like a terrorist role or like a taxi driver, or like a convenience store clerk, or IT guy - I don't want to do any of that stuff."

MORE STORIES FROM THE AUTHOR

"I could have probably lost out on a couple of jobs," Shaikh concluded. "But like, we're so much more than that. We're three-dimensional humans…and so to be on a show, that does it just the right way, is more than a dream … I'm so, so blessed."

You can watch Saagar Shaikh on Ms. Marvel streaming on Disney+ with new episodes premiering every Wednesday.