PORT ISABEL, Texas - Remember this the next time you go swimming.

A woman in Texas made a bizarre catch while pier fishing in Port Isabel. Fortunately, she didn’t touch the creature as doing so could have left her in pain for hours.

Alyssa Ramirez said she initially thought a piece of seaweed had become entangled in her line, USA Today/For the Win Outdoors reported. Then she said she saw it start squirming and realized that it was a living creature.

“My mom and I looked at each other like, ‘What is that?’” Ramirez told USA Today/For The Win Outdoors. “I laughed because that was definitely not a fish.”

It turns out it wasn’t a fish, but a potentially dangerous marine worm.

“Luckily I didn’t have to touch it because it let go of my bait,” Ramirez told the news outlet. “By the way it moved and the red colors it had, I knew not to touch it. I placed it on the rail of the pier [where it let go and] I took video and pictures of it…It wiggled around for a few minutes and then it then fell into the water by itself.”

Ramirez said it was “a good 3 inches long.” 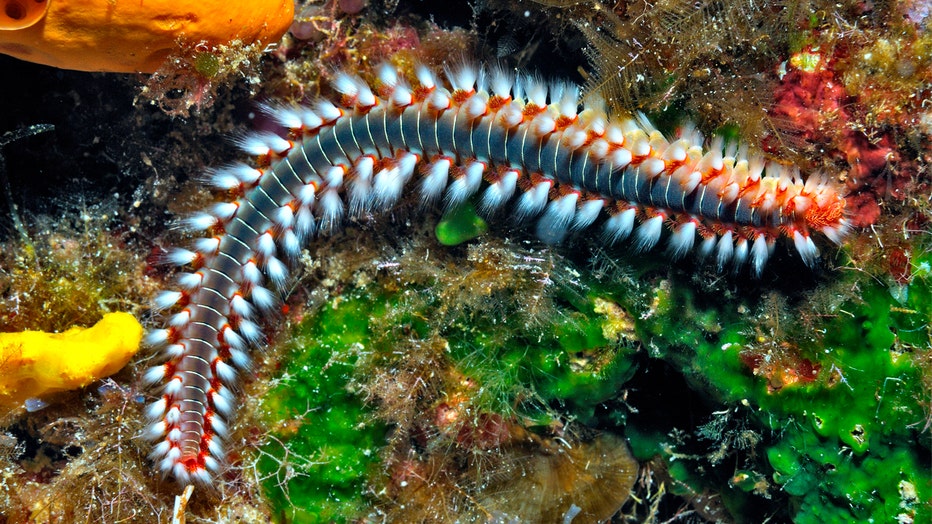 According to USA Today, Texas Parks and Wildlife identified the creature from a video sent to them by Ramirez: It was a bearded fireworm.

These animals are capable of injecting a powerful neurotoxin from its bristles. This can cause a burning pain that can reportedly last for hours.