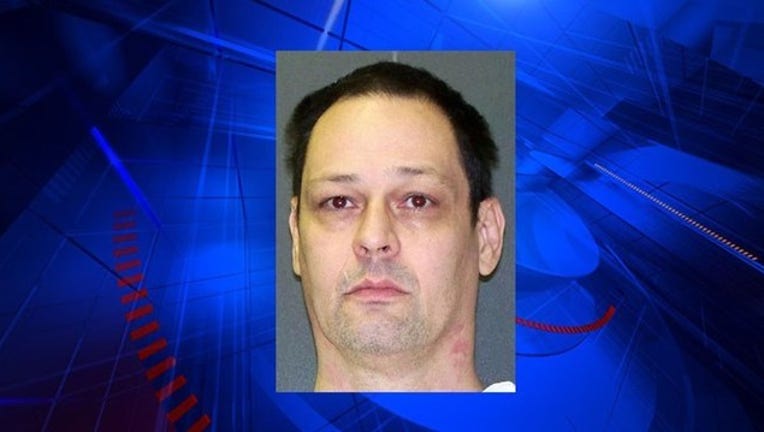 HUNTSVILLE, Texas - A three-time convicted robber who helped engineer the biggest prison break in Texas history was executed Wednesday evening for killing a suburban Dallas police officer while the notorious gang was on the run.

Donald Newbury, 52, became the third member of the group known as the "Texas 7" executed for the fatal shooting of 29-year-old Aubrey Hawkins, an Irving officer who interrupted the fugitives' robbery of a sporting goods store on Christmas Eve in 2000.

The slaying occurred 11 days after the convicts escaped. The gang was captured a month later in Colorado.

Asked to make a final statement, he mumbled: "I would. That each new indignity defeats only the body. Pampering the spirit with obscure merit. I love you all. That's it."

As the lethal dose of pentobarbital took effect, he closed his eyes, then took a deep breath and began snoring. After about a dozen snores, each a bit quieter, he stopped all movement.

About two dozen police officers stood at attention outside the Huntsville prison. Several supporters of the slain officer were on motorcycles outside, and as Newbury was taking his final breaths, the roar of them revving their engines could be heard inside the death chamber.

"This isn't about Donald Newbury. This is about justice for Officer Aubrey Hawkins," Irving Police Chief Larry Boyd said after the execution. "And what you see from the Irving Police Department is to carry this through to the very end.

"This is just one episode in that chapter. ... That's our commitment to Officer Hawkins."

The punishment was carried out after Newbury lost a last-day appeal to the U.S. Supreme Court. His attorneys had argued previous lawyers were deficient and courts did not provide adequate money for a defense expert to illustrate how Newbury's abusive childhood influenced his violent behavior.

Evidence showed the gang led by George Rivas, who had been sentenced to 17 life prison terms, overpowered workers on Dec. 13, 2000, at the Connally Unit of the Texas Department of Criminal Justice, about 60 miles south of San Antonio. They broke into a prison armory, stole weapons and drove off in a prison truck.

"Rivas was the leader and would do the talking, and Newbury was one of the guys standing with the gun and threatening everybody," said Toby Shook, the former Dallas County assistant district attorney who prosecuted both. "Rivas was using him as his muscle."

Eleven days after the breakout, Hawkins drove to the sporting goods store to check out a report of suspicious activity. He was shot 11 times, his bullet-ridden body pulled from his squad car and then run over with a stolen SUV. The fugitives fled with $70,000, 44 firearms and ammunition, plus jewelry and wallets from store employees who were closing up for the evening.

The gang was apprehended a month later. One of them, Larry Harper, killed himself rather than surrender. When arrested, Newbury had 12 loaded firearms in the Colorado Springs Holiday Inn room he shared with fellow fugitive Joseph Garcia.

Rivas was put to death three years ago at age 41. George Rodriguez ordered his appeals dropped and was executed in 2008 at age 45. Three remain on death row: Garcia, 43; Patrick Murphy Jr., 53; and Randy Halprin, 37.