AUSTIN, Texas - A Texas judge has ordered conspiracy theorist Alex Jones to pay $100,000 in another court setback over the Infowars host. 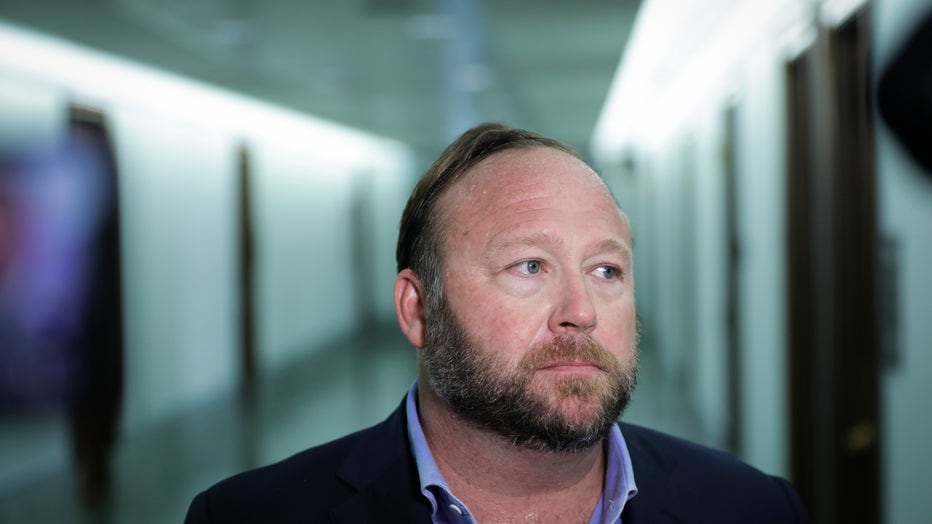 Jones is being sued for defamation in Austin, Texas, by the parents of a 6-year-old who was among the 26 people killed in the Newtown, Connecticut, attack at an elementary school. Similar lawsuits against Jones have been filed by other Sandy Hook families in Connecticut courts.

In what is now the most recent court setback for Jones, State District Judge Scott Jenkins of Texas -- where Jones operates Infowars -- ruled Dec. 20 that Jones' defense team "intentionally disregarded" an earlier order to produce witnesses. He ordered Jones to pay legal fees to attorneys representing a Sandy Hook father who brought the lawsuit, Neil Heslin, and denied a request to dismiss the case.

RELATED: Dismissal of defamation suit denied - Alex Jones will have to give testimony soon

T. Wade Jefferies, an attorney for Jones, said in an email Tuesday they would appeal the decision to not dismiss and challenged how much Jones was ordered to pay.

"In my opinion, and every lawyer with knowledge of the case I have talked to agrees, the attorney's fee awards are excessive," Jefferies said.

Jenkins' orders were first reported by The Daily Beast.

Families of the Sandy Hook victims say they have been subjected to harassment and death threats from Jones' followers because of the hoax conspiracy promoted on his show. The shooting at the elementary school left 20 first-graders and six educators dead. The 20-year-old gunman, who also killed his mother at their Newtown home, fatally shot himself.

Jones has since acknowledged that the Sandy Hook killings occurred. His attorneys have previously defended his speech in court as "rhetorical hyperbole" and deny it was defamation.

In June, the father of 6-year-old Noah Pozner, one of the Sandy Hook victims, won a defamation lawsuit against the authors of a book that claimed the shooting never happened.

Attorneys for Alex Jones were back in court for another defamation lawsuit.