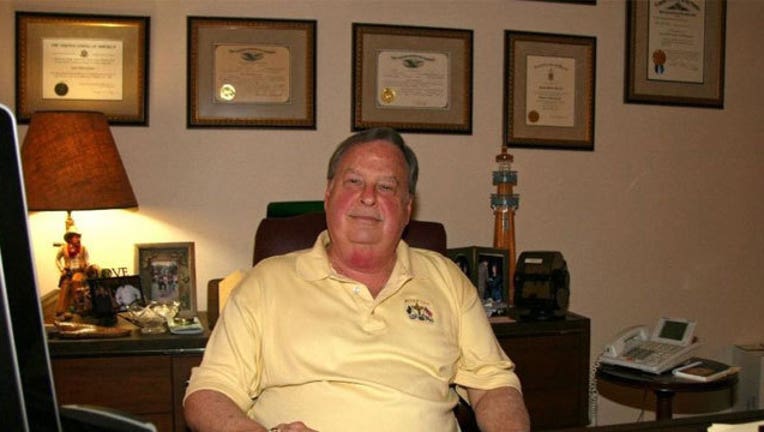 None of his nearly three dozen capital murder clients was found innocent.

Some opponents of capital punishment label him the worst lawyer in the United States. Guerinot shrugs off the criticism, which he says comes from taking notorious cases.

"My theory is if they are the sorriest of the worst or the very worst, I got 'em," Guerinot, 71, said in an interview with The Associated Press. "Somebody's got to defend — 'defend' is the wrong word — represent these people."

He works from Houston, in Harris County, which has sent more people to death row than any other U.S. county and all but two states since the death penalty was reinstated in 1976. So, Guerinot got a lot of business.

Too much business to properly represent the accused, according to Jim Marcus, co-director of the Capital Punishment Clinic at the University of Texas.

He points to 1996, when jurors over a seven-month period convicted people in four separate Guerinot cases. Three of those clients have been executed. Marcus now represents the fourth, Anthony Medina, who he contends in appeals received virtually no defense from Guerinot, including little trial preparation and inadequate questioning of witnesses.

"It is unthinkable that a defense attorney would try four separate death penalty cases to verdict in the space of seven months," said Marcus.

Guerinot said he was not the lead attorney on some of those cases, that extensive preparation was made earlier on two of them and that he spent considerable time on Medina's case before trial. He acknowledged the perception of trying to rush cases to get a paycheck, "but that's not what happened."

Over his career, court records show 21 Guerinot clients received the death penalty. Ten have been executed. Two had their sentences commuted to life when the U.S. Supreme Court ruled that those under 18 at the time of the crime could not be executed. One case is awaiting retrial on the punishment. Prosecutors dropped the charges in another case.

Thirteen other Guerinot clients are serving life sentences, either because a plea agreement or lesser charge was negotiated, jurors couldn't agree unanimously on the death penalty or prosecutors didn't seek it.

"You never hear about the ones we pleaded down to murder or aggravated robbery or when the jury came back (with a life sentence)," Guerinot said.

This fall, courts are reviewing cases involving two former Guerinot clients. While his performance isn't the central issue, they raise questions about whether they received fair trials. The highest profile case involves Linda Carty, the only British woman on death row in the United States.

"I hate to say that man's name," Carty said in a 2010 prison interview with the AP. "I wouldn't be here if I had better counsel."

She was convicted in 2002 of orchestrating her 20-year-old neighbor's slaying and abducting the woman's infant. Carty denied involvement. Three men convicted as accomplices received long prison terms. Carty got death.

Carty told the AP that Guerinot didn't meet with her until a month before the trial — and never sought legal help from the British consulate.

Guerinot says Carty refused to meet him for four months and, even though she is from St. Kitts when it was a British territory, she never told him she was a citizen of Britain, where the death penalty is outlawed.

"She got the death penalty because it was a terrible crime," Guerinot says.

At a June court hearing, Guerinot testified his defense efforts were hampered by Carty and other uncooperative witnesses. Final submissions from lawyers are due Aug. 29 and the judge will make a recommendation to the Texas Court of Criminal Appeals, the state's highest criminal court.

Guerinot was top assistant to the lead defense lawyer in the second case. Duane Buck was condemned following his 1997 conviction for a double slaying in Houston. The U.S. Supreme Court is to hear arguments Oct. 5 regarding testimony from a psychologist called by the defense who said under cross examination that black people were more likely to commit violence.

Kathryn Kase, executive director of the Texas Defender Service, a legal group that represents Buck and other death row prisoners in appeals, said the defense should have tried to stop the testimony because it was offensive and the man on trial was black.

"It's that they also never objected to the prosecution's questions or arguments about the evidence that skin color, race, makes someone more likely to be dangerous in the future," she said.

Guerinot believes he got numerous appointments over the years because of his capital case experience, which began in the early 1970s as an assistant prosecutor, and his frequent presence at the courthouse once he went into private practice.

In 2001, Texas passed a law that attorneys for indigent people be selected from a list of those deemed qualified through training and experience.

Guerinot said he hasn't retired but he is tired of being pilloried over capital murder cases and won't take them anymore.

"I'm there to ensure they get a fair shake," Guerinot said. "And, by God, there ain't one of them that didn't."