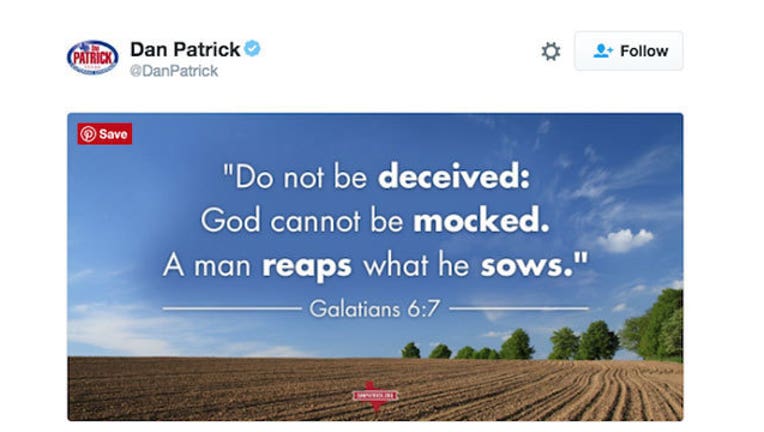 Hours after the early Sunday morning shooting at a gay nightclub that left at least 50 people dead, Patrick sent a tweet from his personal account: "Do not be deceived. God cannot be mocked. A man reaps what he sows."

The tweet received harsh criticism online and Texas' Democratic Party has called on the Republican Patrick to apologize.

The tweet was sent at around 7 a.m. and deleted four hours later. Patrick's campaign spokesman, Allen Blakemore, strongly denied the tweet was in any way related to the Orlando shooting. He said Patrick is out of the country and often pre-schedules social media postings quoting Scripture.