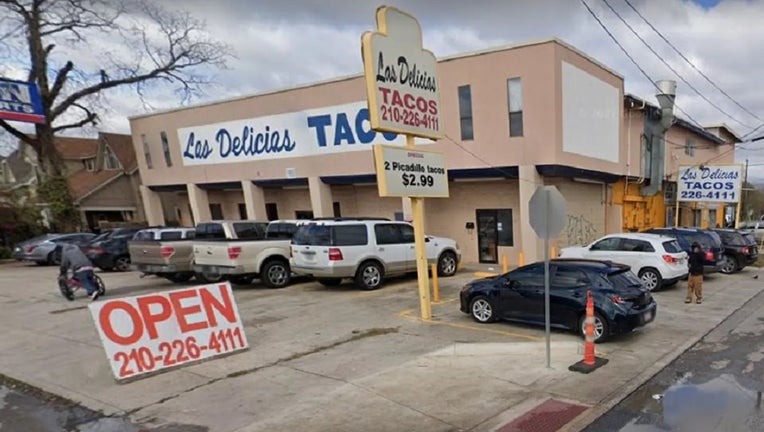 A suspect attacked a man with a machete in San Antonio on Wednesday, police said. (Google Maps)

SAN ANTONIO - A man in Texas was attacked with a machete Wednesday and walked into a taco shop for help before being taken to a hospital.

The attack occurred just before 1 p.m. near downtown San Antonio in the 1600 block of West Commerce, Fox affiliate KABB-TV reported.

Authorities said the victim was struck three to four times once in the back, following an argument with the assailant. The victim ran into a nearby restaurant where police said he "was bleeding profusely," KENS-TV reported.

People inside the shop helped him and called for help. He was taken to a hospital with non-life threatening injuries, police said.

His condition was not disclosed. Fox News has reached out to the San Antonio Police Department.

The suspect was chased by a witness to a nearby creek, according to reports. Authorities have detained someone but have not confirmed if it was the suspected attacker, according to local reports.

The weapon was not located.