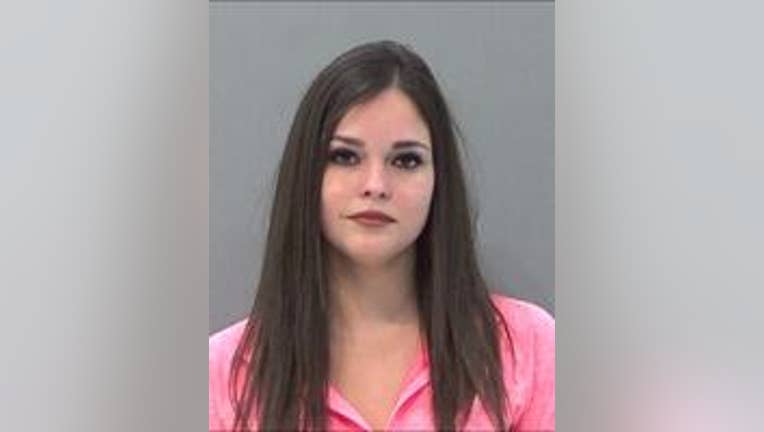 SAN ANGELO, Texas - A Texas boutique owner was arrested and charged with a hate crime after allegedly attacking an LGBTQ couple earlier this year.

San Angelo Police arrested Evan Berryhill on Monday and charged her with assault committed because of bias or prejudice.

She was released from the Tom Green County Jail after about two hours, posting $1,000 bond.

In April, a viral video featuring a woman identifying herself as Berryhill shows her berating a couple after she allegedly parked her car in two spaces.

In the video, the woman uses homophobic slurs, criticizes the couple's appearance and touches the couple.

During a rant, the visibly intoxicated woman calls the couple a "disgrace to America" and proclaims "Republican all the way, baby!"

Berryhill is expected in court on August 31 for an arraignment hearing.