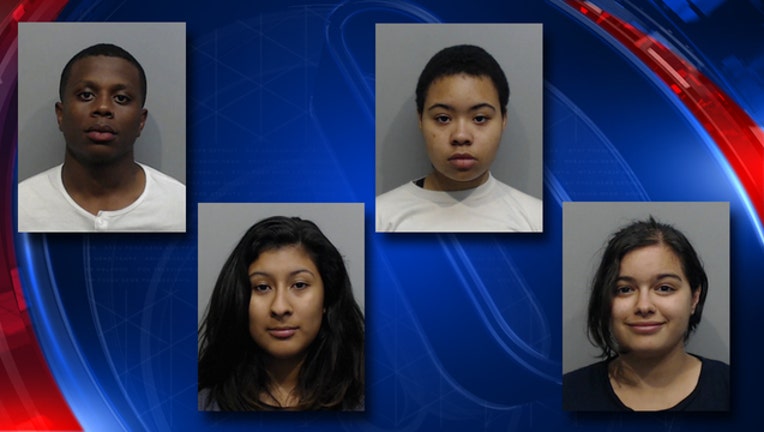 A fight broke out and campus police arrested four Texas State students. According to a statement released by the University no tasers were used and no students were harmed.

The students were identified as and charged with:

To watch President Trauth's statement regarding the arrests, click here.

Tensions remained high on campus on Wednesday, students wearing MAGA hats were surrounded by a crowd of students with different political views arguing with them. The difference in political views kept the students at a standstill for about an hour.