Deepak Sidgel, 39, of Pflugerville, faces a total of five counts of selling alcohol to minors. He worked at the Lexington Food Mart on Highway 77 in Lexington.

LEE COUNTY, Texas - A convenience store clerk in Lee County was arrested and charged with multiple counts of selling alcohol to minors following an investigation by the Texas Alcoholic Beverage Commission (TABC).

Deepak Sidgel, 39, of Pflugerville, was booked into the Lee County Jail on June 14 for four counts of Sales of Alcohol to a Minor. He was later released after posting a $7,500 bond.

Sidgel worked at the Lexington Food Mart on Highway 77 in Lexington. The convenience store has been the subject of multiple investigations for improper alcohol sales, according to TABC.

"What we found over this last week was four separate cases of selling alcohol to minors," said Chris Porter, spokesperson for the Texas Alcoholic Beverage Commission. 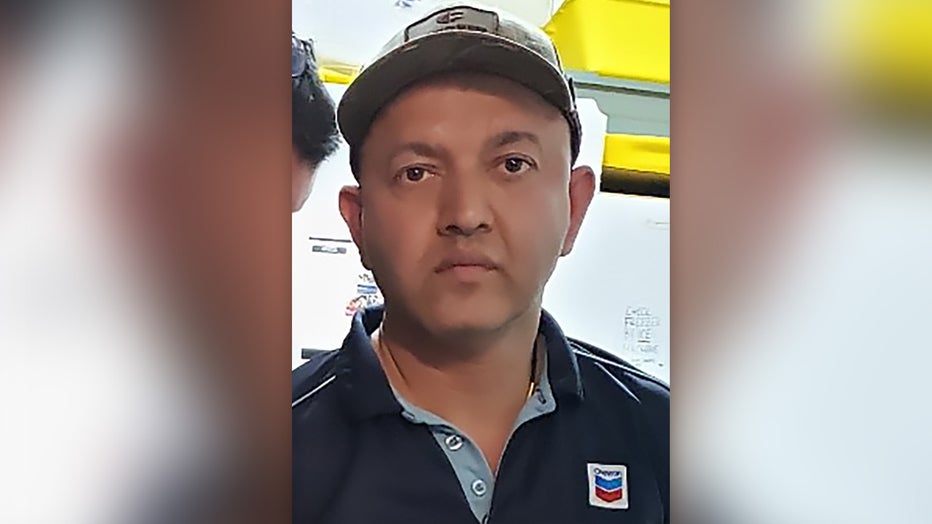 Deepak Sidgel, 39, of Pflugerville, faces a total of five counts of selling alcohol to minors. He worked at the Lexington Food Mart on Highway 77 in Lexington. (TABC)

The arrest came after law enforcement kept a close eye on what was going on at the store.

"These were things that were ongoing since last spring," said Porter.

"What we did find was a pattern of behavior over several weeks and months that did indicate it was a problem that would not have gone away if we hadn't taken action," said Porter.

TABC says Sidgel, who has been arrested previously in connection with one of those investigations, now faces a total of five counts of selling alcohol to minors.

"Any resident with information on illegal alcohol sales at a business is asked to contact TABC," said Maj. Oliver Johnson of TABC’s Central Texas regional enforcement office. "Public involvement is critical when it comes to identifying businesses that place the community’s safety at risk. Tips from the public play a major role in holding businesses accountable and keeping Texans safe."

The TABC received the tip about the store through members of the community.  The business could face license suspension after authorities finish their investigation. It remains open at this time.

"The convenience store was located down the street from a high school, and from other facilities where children typically gather. Science has found that folks underage are not really mentally or physically equipped to deal with the effects of alcohol and that could lead to assaults or even worse DWI type accidents," said Porter.

Anyone with information on the ongoing case is asked to contact TABC by emailing complaints@tabc.texas.gov or calling 888-THE-TABC.