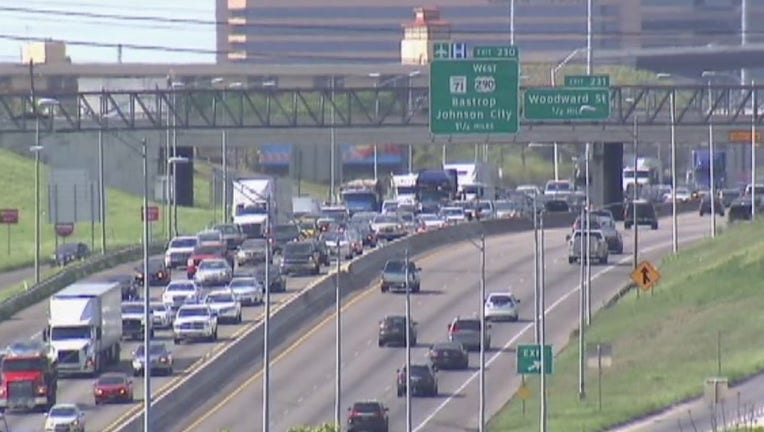 AUSTIN, Texas - In a meeting on Thursday, April 30, the Texas Transportation Commission voted to approve $3.4 billion in funding for an I-35 reconstruction project through Austin, deemed the I-35 Capital Express Central project.

The approval leads to an update to the 2020 Unified Transportation Program (UTP), a 10-year planning document that guides the development of the state’s future transportation projects. According to Texas DPS, the money comes from the commission's discretionary funds not previously allocated in the UTP.

"The Capital Express Central project proposes to add two continuous non-tolled managed lanes in each direction along the 7.9-mile section on I-35 from US 290 East to US 290 West/SH71. Additional auxiliary and frontage road lanes roads would also be built," Texas DPS said in a statement.

Earlier in April,  $633 million was committed to the Capital Express Central project via a resolution from the Capital Area Metropolitan Organization.

“This project will create jobs and capital investment in our region’s economy, as well as help reduce congestion and keep commerce moving. There is much to be done, but in the meantime, the Downtown Austin Alliance is forging ahead with the community engagement process for the master planning of the surface enhancements and connections along I-35 through central Austin,” said DeWitt Peart, president, and CEO of the Downtown Austin Alliance in a statement.

An additional $300 million will be considered for the project when the commission votes on the 2021 UTP in August 2020.

"The funding identified by Chairman J. Bruce Bugg, Jr. is the result of years of planning and discussions with Governor Greg Abbott, regional transportation planners and stakeholders," Texas DPS said in a statement.