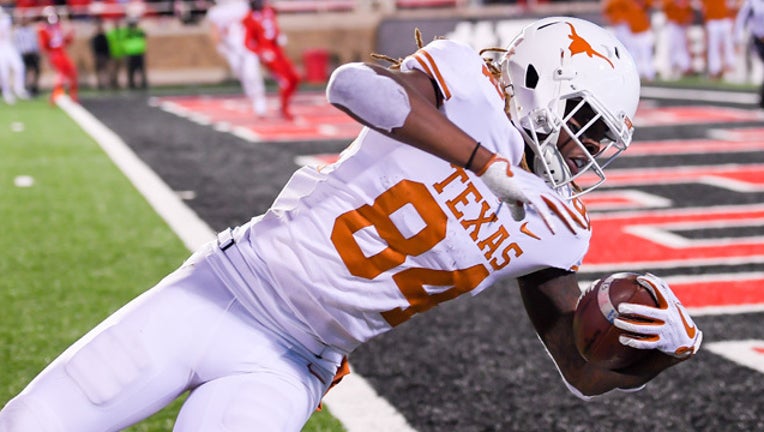 Lil'Jordan Humphrey #84 of the Texas Longhorns falls across the goal line and scores the winning touchdown with seconds left in the fourth quarter against the Texas Tech Red Raiders. Texas defeated Texas Tech 41-34. (Photo by John Weast/Getty Images)

AUSTIN, Texas - Wide receiver of the Texas Longhorns Lil’Jordan Humphrey has announced he will enter the 2019 NFL Draft, forgoing his senior season with Texas, according to Texas Athletics.

Humphrey released the below statement: