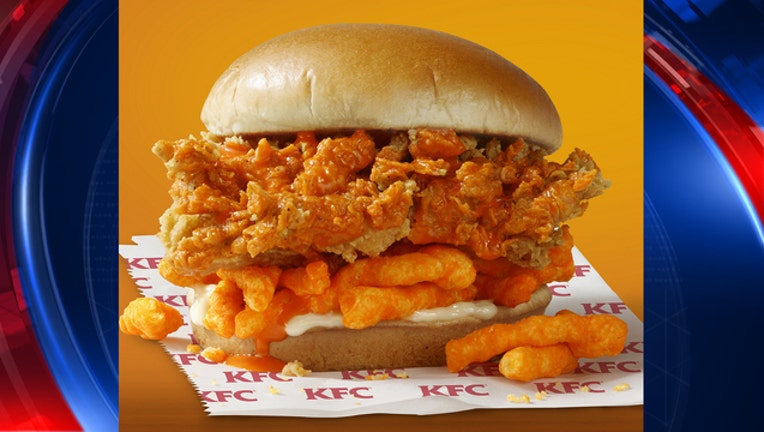 ATLANTA - Dig if you will the merger of KFC and Cheetos both in a sandwich; the juicy, hand-breaded Extra Crispy chicken filet with special Cheetos sauce. Can you handle this?

KFC is testing its new Cheetos Sandwich in select restaurants across the South. The crunchy Cheetos and chicken breading are complimented with that special Cheetos sauce and mayo on a toasted bun.

Yum! Brands, which owns KFC, is hoping the merger of flavors will be as popular as it's other restaurant's venture with cousin company Frito-Lays. Taco Bell’s Doritos Locos Tacos has been on the market since 2012 and continues to be a success. Yum! is the cousin company of Cheetos and Doritos maker Frito-Lays, thanks to their connections to PepsiCo.

KFC says they basically took their signature Crispy Colonel Sandwich, which they introduced last spring, punched up with a double dose of Cheetos flavor.

But the real question about the sandwich we have is will it leave your hands orange after eating it?