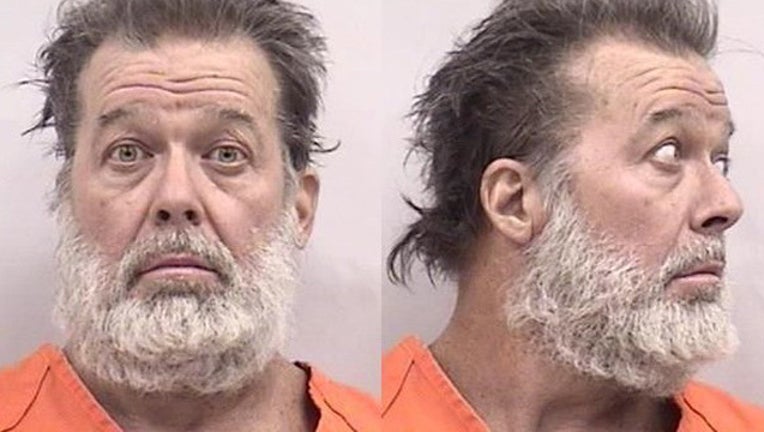 COLORADO SPRINGS, Colo. (AP) — The Latest on the court case of a man who acknowledged killing three people at a Colorado Planned Parenthood clinic (all times local):

A judge has found a man who acknowledged killing three people at a Colorado Planned Parenthood clinic mentally incompetent to continue with his criminal case.

The ruling Wednesday by Judge Gilbert Martinez puts the case against 57-year-old Robert Dear on hold until his mental competency can be restored through treatment. The case will resume when he's found to be capable of understanding the court proceedings and assist in his defense.

Dear is charged with 179 counts stemming from the Nov. 27 shooting at the Colorado Springs clinic that also left nine injured. During courtroom outbursts, he has declared himself a "warrior for the babies" and said he was guilty.

Martinez ordered the competency exam in December after Dear announced that he wanted to fire his public defenders and represent himself.

A judge is set to rule on the mental state of a man who acknowledged killing three people at a Planned Parenthood clinic in Colorado.

If the judge decides Dear isn't mentally competent, the case would be put on hold while Dear undergoes treatment at a psychiatric hospital designed to restore his competency.

Dear is charged with 179 counts, including murder, attempted murder and assault, in the Nov. 27 shootings at the Colorado Springs clinic. Nine people were injured.

In courtroom outbursts, Dear has said he is guilty and called himself a "warrior for the babies."

Psychologists have testified Dear isn't mentally capable of understanding the court proceedings or helping his lawyers.