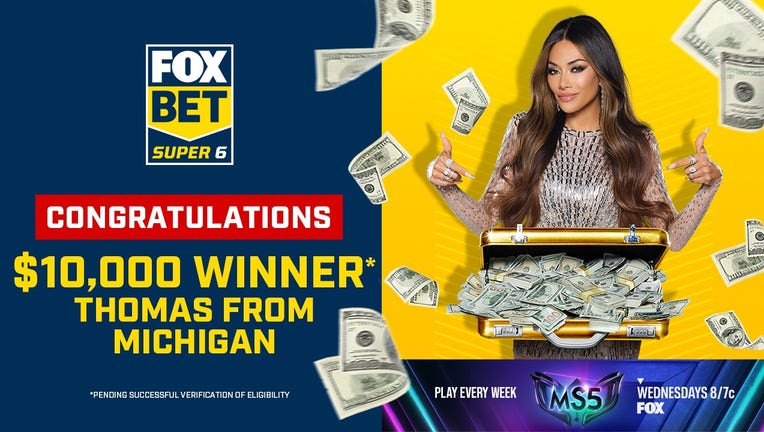 This week's winner of 10k was Thomas from Michigan. (FOX Bet Super 6)

LOS ANGELES - For the first time ever, Nick Cannon hosted "The Masky Awards," a special singalong episode celebrating the season 5 contestants of "The Masked Singer" — and one fortunate fan took home $10,000.

The spectacular episode also gave viewers an exclusive look behind the scenes, while revealing new clues about its current masked singers.

Each week, viewers are given the opportunity to correctly predict six questions related to the episode on the FOX Super 6 app — and in return, fans can take home big bucks.

The Crab turned out to be legendary singer, songwriter and rapper Bobby Brown.

Danny Trejo tried to win over the show’s panelists, but it wasn’t enough to remain in the competition.