Fearless penguin is ready to ice out the masked competition

The penguin is marching all the way to the stage from Antarctica.

LOS ANGELES - Marching here all the way from Antarctica, a bird who’s flightless — but fearless — is ready to ice out the competition on Season 2 of FOX’s “The Masked Singer.”

RELATED: The flower from Season 2 of ‘The Masked Singer' is ready to put the petal to the metal

“I might be cold as ice, but I’m bringing the heat,” the masked contestant said.

A team of over a dozen fabricators hand-crafted the penguin’s head, which is made out of chrome silk. The complex beak design makes it the most difficult mask to see out of on stage. 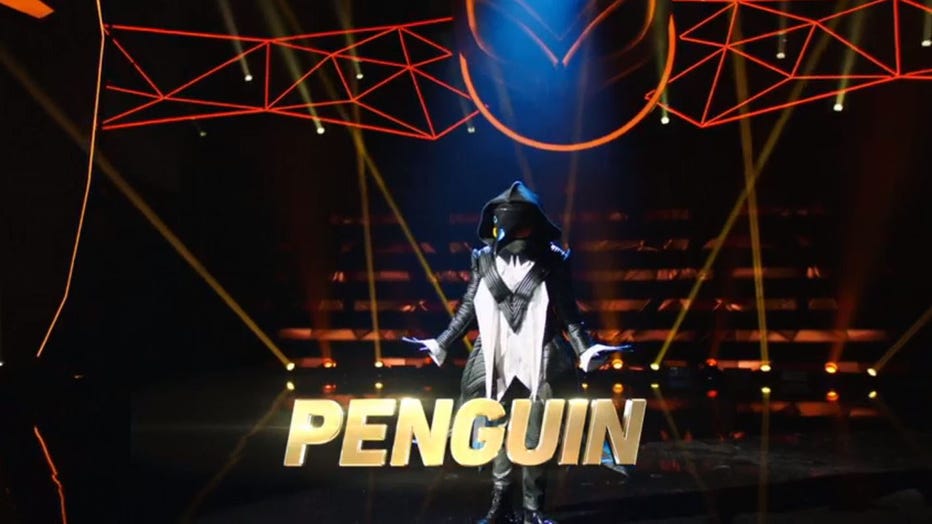 Watch the penguin waddle off the competition on “The Masked Singer” Wednesdays on FOX at 8 p.m. ET/PT. (Photo credit: FOX)

“I’ve already got my tux, now I just have to get my hair done,” the contestant added, chuckling.

RELATED: ‘The eagle has officially landed’ on ‘The Masked Singer’ Season 2

To watch the penguin waddle off the competition in a game of “whosungit,” tune in to “The Masked Singer” Wednesdays on FOX at 8 p.m. ET/PT.