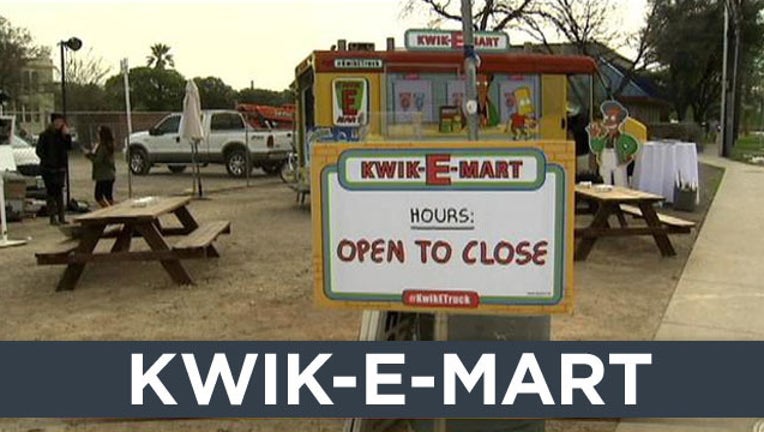 AUSTIN, Texas - A little taste of Springfield is in Austin this week for South by Southwest.

A truck inspired by The Simpsons' Kwik- E-Mart is posted at Driskill Street.

South by Southwest attendees were able to stop by to get some frozen Squishees and watch episodes of The Simpsons.

The mobile Simpsons shrine was in town to celebrate the 25th anniversary of the first time the Kwik- E-Mart appeared on the long- running FOX show.