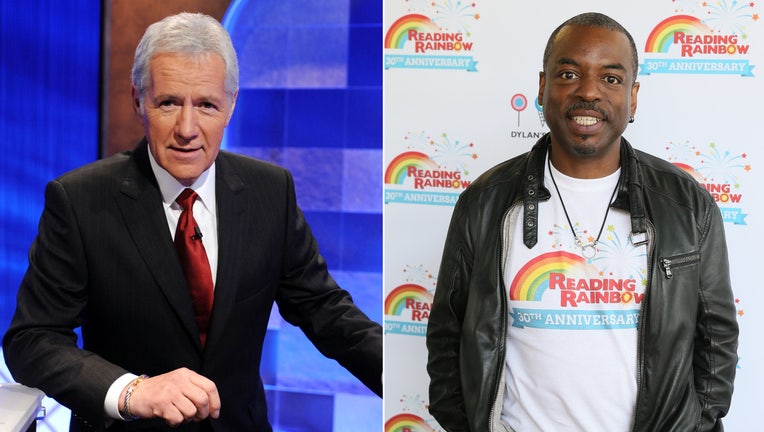 Tens of thousands of fans have signed a petition to make "Reading Rainbow" host LeVar Burton the next host of "Jeopardy!"

Longtime host Alex Trebek died Sunday at the age of 80 following a battle with pancreatic cancer.

As of Friday morning, more than 58,000 people have signed the petition in support of Burton, who also starred in "Star Trek: The Next Generation" and the "Roots" miniseries in addition to hosting the educational PBS show "Reading Rainbow."

"LeVar Burton has inspired and shaped the minds of several generations of trivia-loving nerds," the author of the petition wrote.

Burton responded to the petition on Twitter, saying, "Even if nothing comes from it, I can't tell how much I appreciate all y'alls love and support!"

He later added, "Of course while I’m very flattered by the petition, my thoughts are definitely with Alex Trebek’s family and his millions of fans and the devastating loss of this irreplaceable legend."

RELATED: Alex Trebek spent his final day watching the horizon with his wife

"Jeopardy!" producers say they are not ready to address the issue, releasing a statement that said, "The show is not announcing plans for a new host at this time."

One person many speculate to replace Trebek is Ken Jennings, who holds the record for 74 straight wins on the show.