Chicago - George Miller is enamored with storytelling, and he wants everyone to know it. The "Mad Max: Fury Road'' director's latest film, "Three Thousand Years of Longing," isn’t content with dropping affectionate hints about Miller's beloved — like making its protagonist, Scottish academic Dr. Alithea Binnie (Tilda Swinton), a "narratologist," i.e., someone who studies stories for a living. No, it also feels the need to work starry-eyed odes to the magic of narrative into both its dialogue and its plot, the latter of which borrows from "One Thousand and One Nights" by way of English novelist A.S. Byatt.

These rapturous touches are presented in earnest. One gets the impression that Miller — who has found great success as a storyteller himself — is completely serious when he argues that myths and fables are the glue that hold the entirety of human culture, history and psychology together. And he’s not wrong. There’s a reason that Swinton’s character’s specialty exists. But it’s amusingly ironic that a film so passionate about character and structure is so lukewarm in both of those areas.

RELATED: ‘Game of Thrones: House of the Dragon’: Everything you need to know

About ‘Three Thousand Years of Longing’: Idris in a bottle 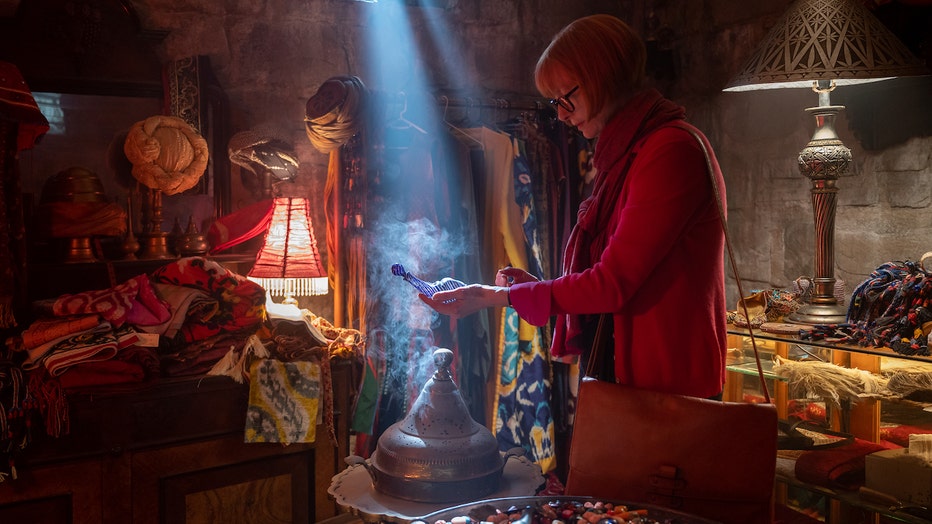 Much of the film takes place in a luxury hotel suite in Istanbul, where Alithea is holed up after a disastrous presentation at an academic conference the day before. She’s considering going out for one more day of sightseeing — alone, of course, because Alithea is always alone. She claims to prefer it that way, mostly because she’s had lots of practice. But then she attempts to clean an appealingly beat-up glass bottle she bought on a whim while out shopping in one of the city’s many antique markets. Her fastidiousness unleashes an ancient djinn (Idris Elba), a creature from Middle Eastern folklore described as an invisible spirit that falls on the celestial hierarchy somewhere between an angel and a man. They also sometimes grant wishes, which is mostly what they’re known for in the West.

The djinn’s initial appearance sets the stage for magic: So huge he fills up Alithea’s spacious room, the djinn waves one electromagnetic finger and instantly absorbs the last 150 years of human history through a chattering television screen. After Alithea’s initial attempts to communicate with the spirit in ancient Greek, he then does her the favor of shrinking to a more manageable size and changing his communication mode to boring old English. Were it not for the pointy ears and body-glitter sheen, he would look like an ordinary hotel guest, wrapped up in his fluffy white bathrobe and sitting down for a nice long chat. As it turns out, the djinn is also obsessed with fairy tales, because he’s lived them.

WATCH FREE ON TUBI: The historical drama series "Rome" — get the app 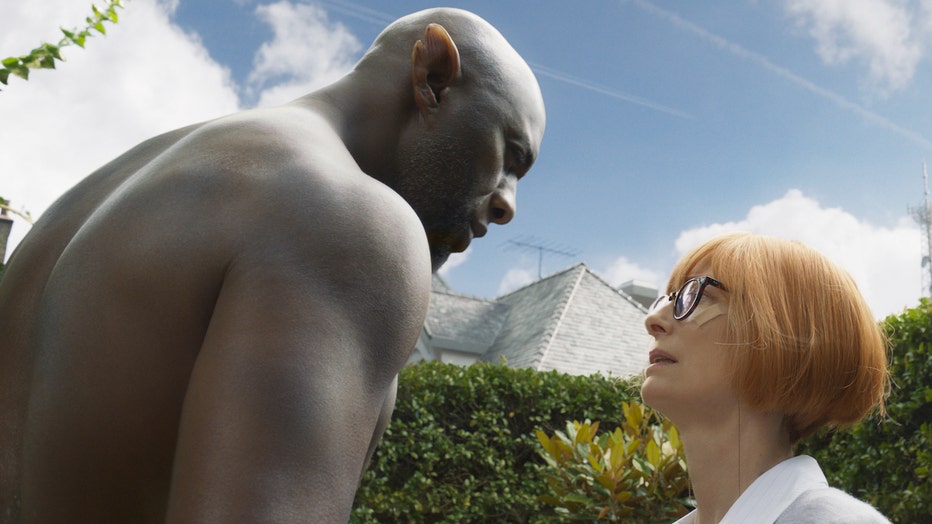 Miller always delivers a spectacle, and "Three Thousand Years of Longing" is no exception. The generalized mode is one of voluptuous carnal excess, as the djinn regales a rapturous Alithea with tales of his many mistresses throughout the millennia. These include a first-person account of the tale of Sheba (Aamito Lagum), the djinn’s half-djinn cousin and lover, and how he lost her to the Biblical king Solomon (Nicolas Mouawad). From there, we go on an extended tour of an Ottoman castle: the camera’s gaze lingers on luxurious fabrics, sumptuous banquets and the rolls of flesh on the Rubenesque concubines lingering in the background. Such is the setting for the djinn’s second tale, one of forbidden desire and palace intrigue.

One last story, this one about the djinn’s passion for a 19th-century Turkish woman named Zefir (Burcu Gölgedar) — a mathematical genius reduced to a merchant’s much-hated third wife by virtue of her sex — and it’s Alithea’s turn to share her wish with her immortal companion. She claims to be far too logical to fall for a djinn’s legendary penchant for trickery and ironic comeuppances. But neither he nor the movie seem convinced when she says that she’s perfectly content with her quiet, regimented life, and therefore wishes for nothing. 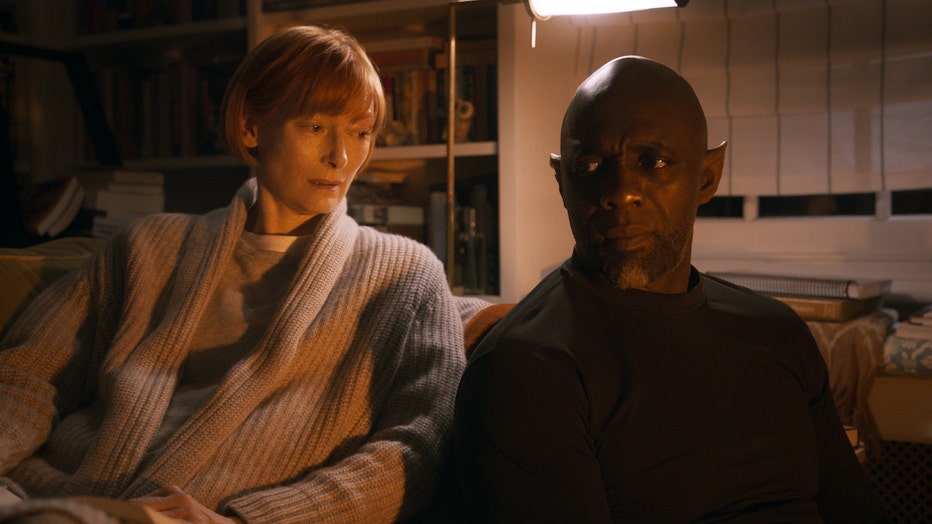 Once the movie finally breaks down Alithea’s walls and reveals her heart’s desire, "Three Thousand Years of Longing'' loses its narrative momentum. The story keeps going, in fits and starts. But the spell is broken, and we don’t learn much more about the characters than we did when they were debating the dialectics of fairy tales. This is a heady film, with big ideas. But it walks around with its head in the clouds, oblivious to its own flaws, whether they be structural, thematic, or visual.

"Three Thousand Years of Longing" was a passion project for Miller, who raised $60 million for the production. That seems like a lot, until you consider the epic scope of the scenes in this film that aren’t just two movie stars talking in a hotel room. And those are the ones that suffer the most from the film’s relatively limited budget, expansive vistas created with CGI that would have cost twice as much to render convincingly. Attempting to pull off everything in this script on a less-than-blockbuster budget was a mad folly of its own. And even though much of it falls flat, it’s heartening to see a filmmaker put everything on the line for love — even if he is kind of annoying about it. People in love often are. 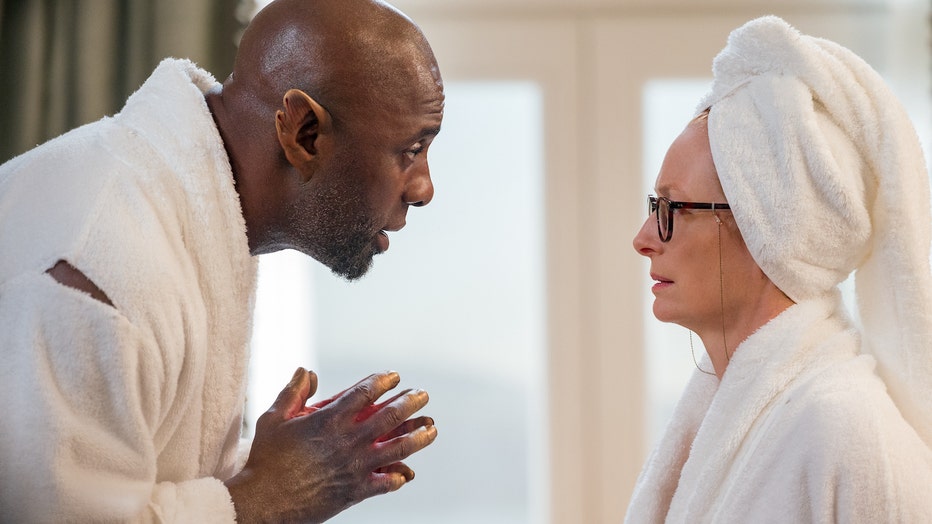 About the writer: Katie Rife is a film critic, programmer, and former Senior Writer of The A.V. Club. Her work has appeared in Rolling Stone, Vulture, and Indiewire, among other outlets.

Make it a double feature with ‘Labyrinth,’ streaming free on Tubi

"Labyrinth" is streaming free on Tubi — get the app

How to watch ‘Three Thousand Years of Longing’

"Three Thousand Years of Longing" is now in theaters nationwide. It is not currently available to stream.