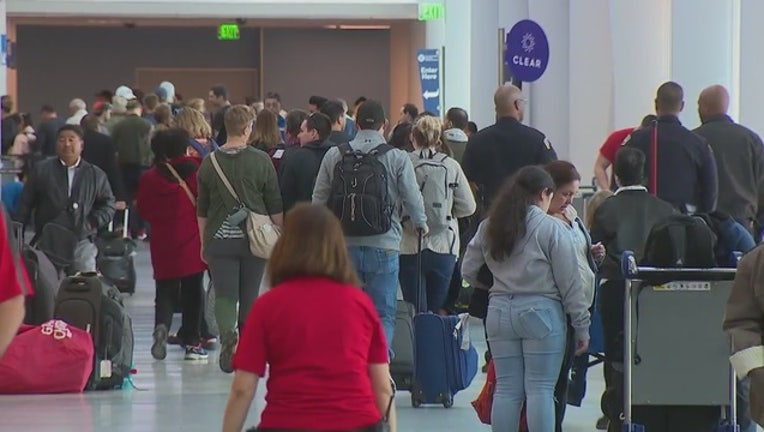 The Los Angeles County Department of Public Health confirmed one case of measles in a person who traveled through LAX Airport while infectious on Thursday, February 21, 2019.

LAX travelers who were at Terminal B and Delta Terminal 3 from 9:00 a.m. through 9:00 p.m. on Thursday may be at risk of developing measles due to exposure to this traveler, public health said in a press release Tuesday.

Passengers assigned to select seats on Delta flight DL 5705 will be notified separately if they may have been exposed to this individual during the flight, according to health officials.

Public Health received the details of this case on Thursday, March 7. Officials said Tuesday that no current risk related to measles exists at LAX Airport at this time as the period of possible exposure has ended. In addition, because measles is spread from person to person by the respiratory route, there is no risk present related to food that may have been consumed at the airport. However, individuals who were present at LAX's TBIT Terminal B and Delta Terminal 3 on Thursday, February 21 from 9:00 a.m. through 9:00 p.m., especially those with weakened immune systems or persons who may not have been immunized against measles, may be at risk of developing measles and should watch for symptoms of the illness.

Common symptoms include fever, cough, runny nose, conjunctivitis (red eyes) and a rash which usually appears 10 to 21 days after the exposure. Individuals should contact their healthcare provider if they develop measles symptoms. If exposed individuals have not developed symptoms by March 14, 2019, they are no longer considered at risk of acquiring measles from this exposure.

“If you think that you or someone you know has been exposed to or has measles, contact your healthcare provider by phone right away before going in,” said Muntu Davis, MD, MPH, Los Angeles County Health Officer. “People who may have been exposed to measles and who have not been immunized, may receive measles immunization and be protected from developing the disease. Getting immunized is the best way to keep from getting and spreading measles.”