Here are a few ideas for a socially distanced Mother's Day during the COVID-19 pandemic.

WASHINGTON - Reflecting on Mother's Day this weekend, President Donald Trump said Friday that he could do no wrong in his mother's eyes and perhaps that's what framed his personality today.

He wished the nation's mothers a happy day on Sunday and said he'd be with first lady Melania Trump at the Camp David presidential retreat in Maryland where he'd be meeting with the Joint Chiefs of Staff.

RELATED: Mother's Day: This is how moms are celebrated around the world 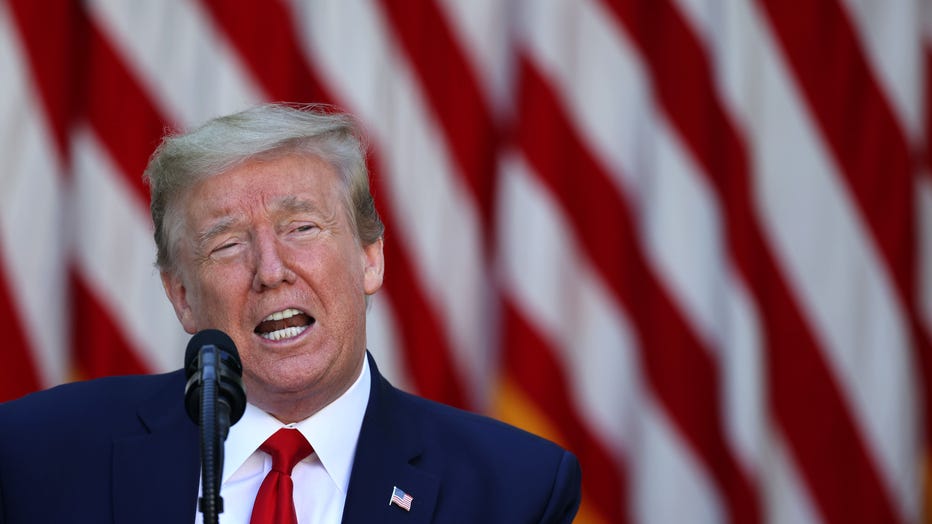 President Donald Trump addresses a National Day of Prayer event in the Rose Garden of the White House on May 7, 2020 in Washington, D.C. (Photo by Chip Somodevilla/Getty Images)

“My mother was somebody that gave me a lot of confidence and she believed in me. ... My father was the same. I mean he, he was a strong guy but he was a good man, very good human being, very good person. And he always had confidence in me.”

He said having good parents is such an advantage in life.

“I miss my parents,” Trump said.

RELATED: You may have been celebrating Mother’s Day for years, but do you know its origin?